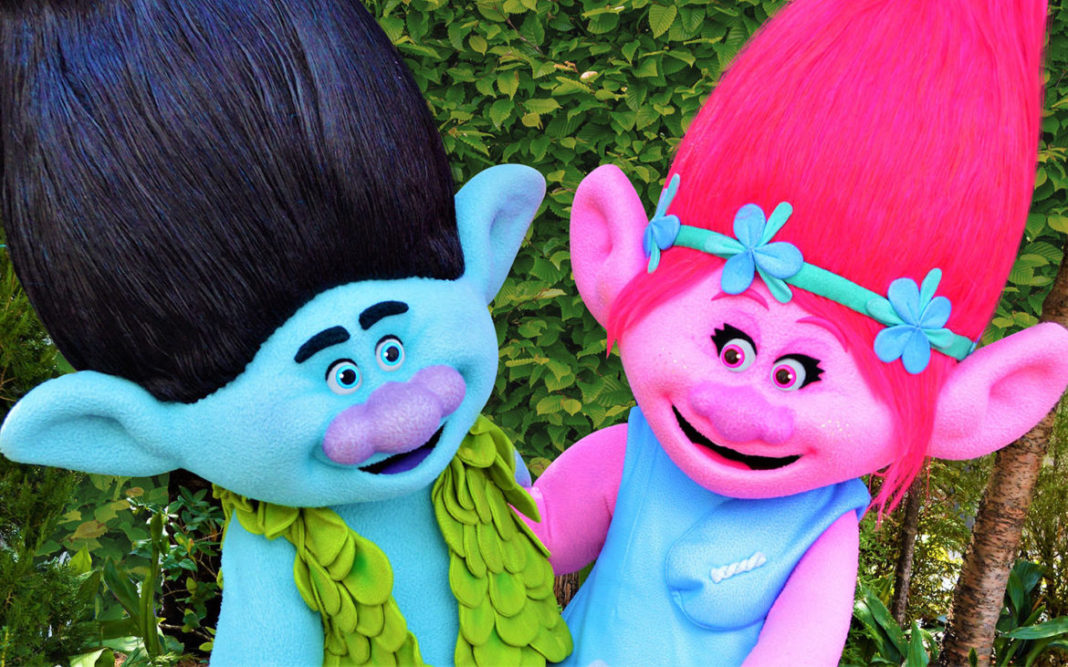 Since the gates first opened, Universal Studios has been known as the theme park destination where you can “Ride the Movies!” As a Florida resident, you’re probably familiar with many of the iconic films we’ve brought to life, but I bet there are a few you didn’t realize we have here at Universal Orlando Resort. Who’s ready to boogie with Trolls? Get together for a family photo with Branch, Poppy and the newest member, Guy Diamond! Plus, you can see them star in our nighttime lagoon show Universal Orlando’s Cinematic Celebration. You can check out The Secret Life of Pets daily in Universal’s Superstar Parade. At select times throughout the day, you can even get up close and talk with the pets as they pull the parade float out in the Character Party Zone across from Mel’s Drive-In.

There is also The Secret Life of Pets merch you can get from t-shirts to stuffed animals! You can meet your favorite characters from Madagascar, including the Penguins, Alex the Lion and King Julien. Plus, you can see them and the rest of the Madagascar crew every winter in Universal’s Holiday Parade featuring Macy’s. Get ready to show off your kung fu moves with Po from Kung Fu Panda. You can also pick up fun merchandise in the Universal Studios Stores.

Location: Port of Entry in Islands of Adventure You know we’ve got Shrek 4-D as an ogre-the-top attraction, but did you know you could meet Shrek and Donkey’s swashbuckling friend Puss in Boots? Even better is Puss in Boots does meet and greets with his companion Kitty Softpaws!

Location: Port of Entry in Islands of Adventure and Production Central outside of Shrek 4-D in Universal Studios

Make sure to check The Official Universal Orlando Resort App or your park map for meet and greet times and locations the day-of your visit. And don’t forget to share your pictures on Facebook, Twitter or Instagram with #ReadyforUniversal.