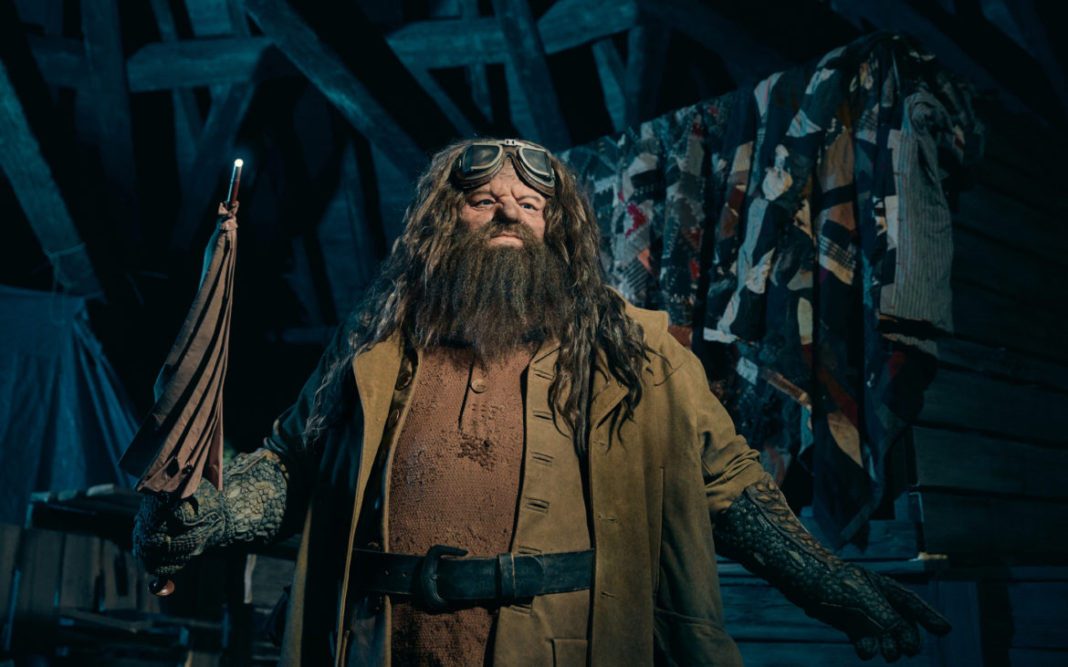 As we gear up to experience Hagrid’s Magical Creatures Motorbike Adventure, the new epic adventure opening June 13 in The Wizarding World of Harry Potter – Hogsmeade at Universal’s Islands of Adventure, Hagrid himself will be brought to life as the most advanced and life-like animated figure we’ve ever created. Here’s your first glimpse at the half-giant:

On this immersive coaster experience, you will join Hagrid on a thrilling journey into the Forbidden Forest. Along the way, he’ll introduce you to some of the wizarding world’s rarest magical creatures. And for the first time ever, you’ll get the chance to come face-to-face with Hagrid, who is not only the Hogwarts gamekeeper and Care of Magical Creatures professor, but also one of Harry Potter’s most loving and loyal friends. See below for some fun facts about what makes Hagrid Universal Orlando’s most advanced and realistic animated figure. Are you excited to see Hagrid? To prepare for your first Care of Magical Creatures class, you can read up on some of the creatures featured in this experience by clicking here.