It’s always a good day when we spot something new, especially when it makes us smile.  Today, Disney uncovered another Disney Skyliner gondola between the Caribbean Beach and the Art of Animation and Pop Century stations. 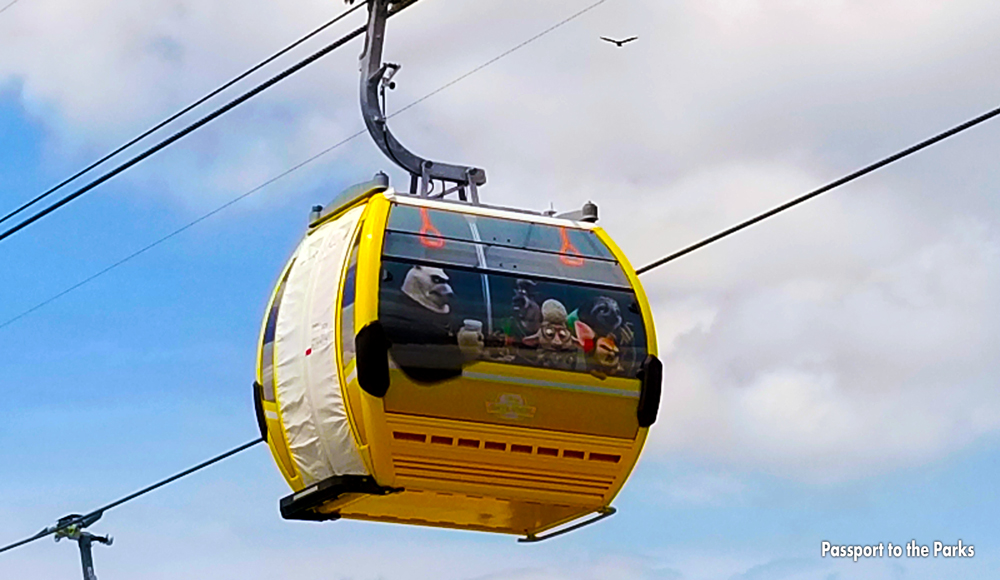 A bright yellow gondola with the characters from “Zootopia” was flying high over Hourglass Lake.  Characters like Bellwether, Finnick, Kevin and Flash can be seen on one side and the cute little hamsters on the other.

Unfortunately, I was unable to get over to the other side to see who was left.  I would have to assume it would be Judy Hopps and Nick Wilde (just speculation for now).

The anticipation of new characters being uncovered is really a lot of fun.  Be sure to follow PASSPORT TO THE PARKS to see what else Disney has in store for us!