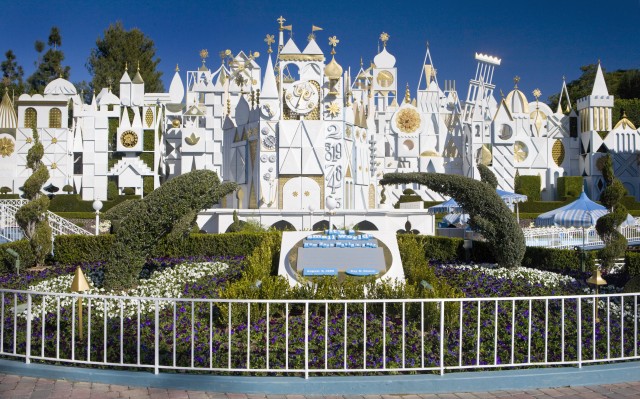 As heard this morning on ABC-TV’s Good Morning America, we are all invited to join a first-of-its-kind, online global sing-along at SmallWorld50.com to celebrate the 50th anniversary of “it’s a small world,” – the classic Disney Parks attraction that opened as a tribute to UNICEF’s work for children around the world at the 1964 New York World’s Fair.

“It’s a Small World”, has been one of the most iconic attractions in Disney history.  Since it’s debut at the 1964 World’s Fair, millions of people have experienced the many different cultures represented by the children of the world throughout the ride.  More importantly, are the millions who sing the catchy “It’s a Small World” melody, written by the Sherman Brothers for the attraction.

Be sure to share your online video at SmallWorld50.com