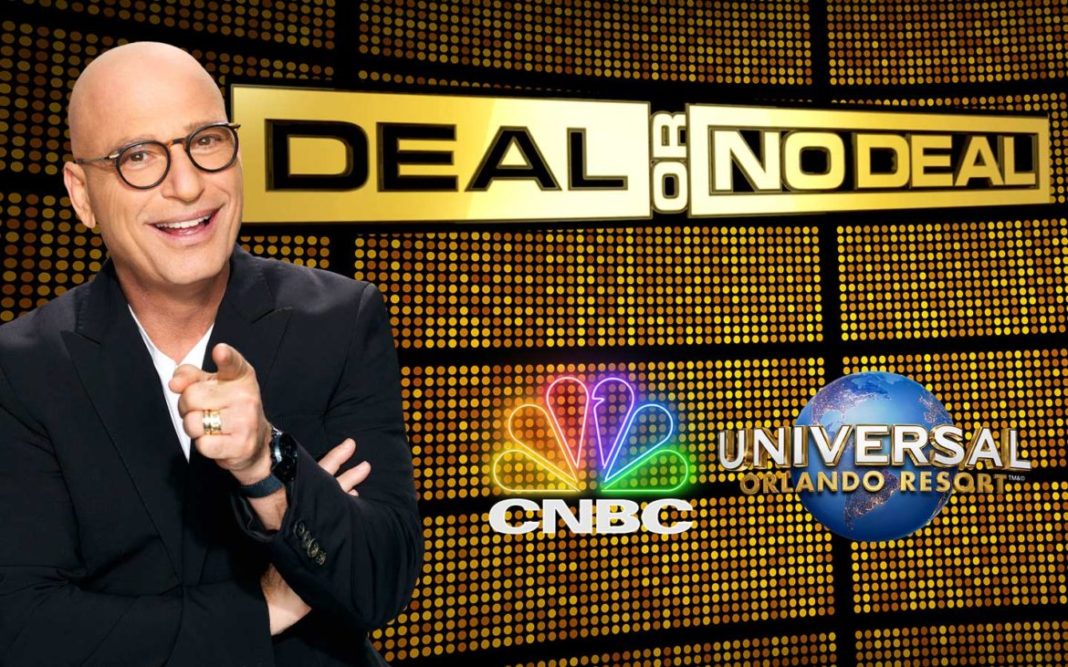 CNBC has announced that popular game show Deal or No Deal will be returning along with original host Howie Mandel—and it will be taped at Universal Orlando Resort. Contestants make tension-filled decisions on which briefcase to open with a chance at winning a fortune or losing it all.

The hour-long show features a contestant who chooses one briefcase from a selection of 26. Each briefcase contains a value from US $.01 to $1,000,000. During the game, the contestant eliminates the other cases and is periodically presented with a “deal” from The Banker to take a cash amount to quit the game.

Legendary host Howie Mandel is back to help battle The Banker and ask brand new contestants the million dollar question, “Deal or No Deal?”

CNBC’s new season of Deal or No Deal will consist of 30 original one-hour episodes, and it will join the network’s primetime lineup airing at the end of 2018.

Beginning in July, guests of Universal Orlando Resort will also have the opportunity to be part of the studio audience and experience the energy and excitement of the high stakes game show.

Make sure to follow PASSPORT TO THE PARKS for more information this summer on how you can be a part of the Deal or No Deal studio audience.