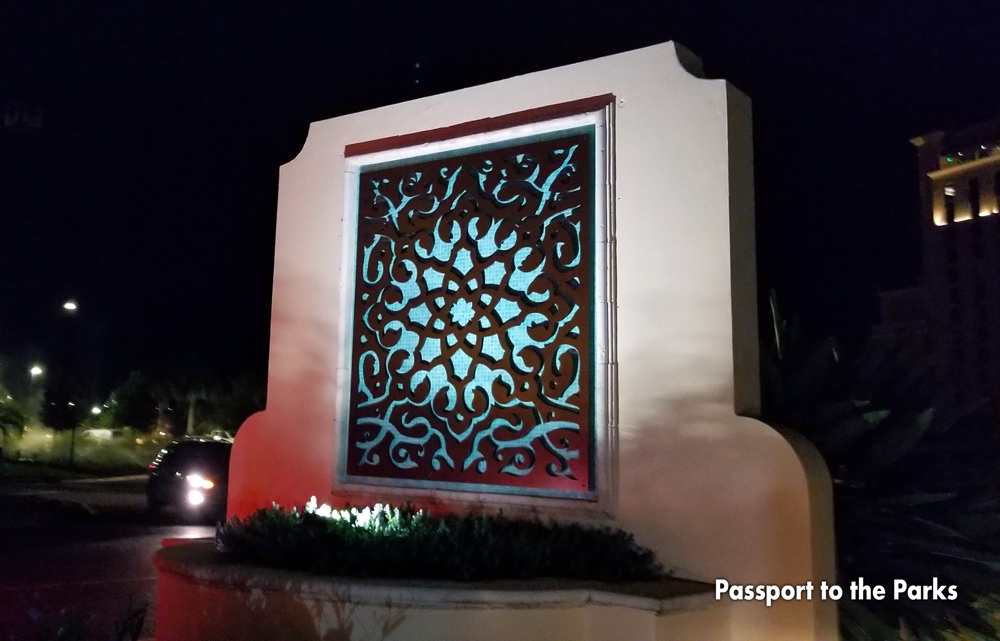 The signage remained in the dark for a while, but now the resort has finally added some light to obviously make them easier to see at night.   They also removed the small shrubbery along the bottom of the sign. 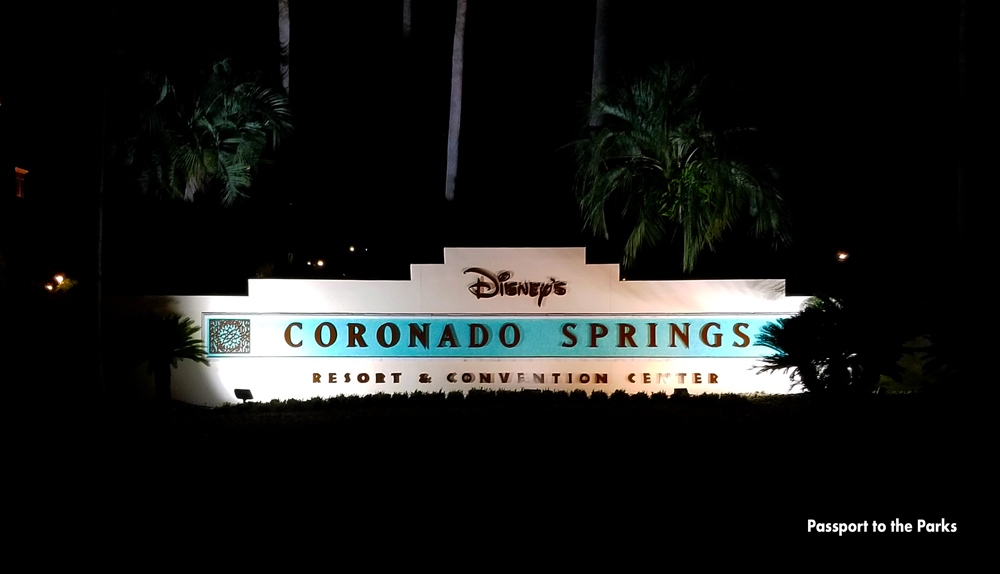 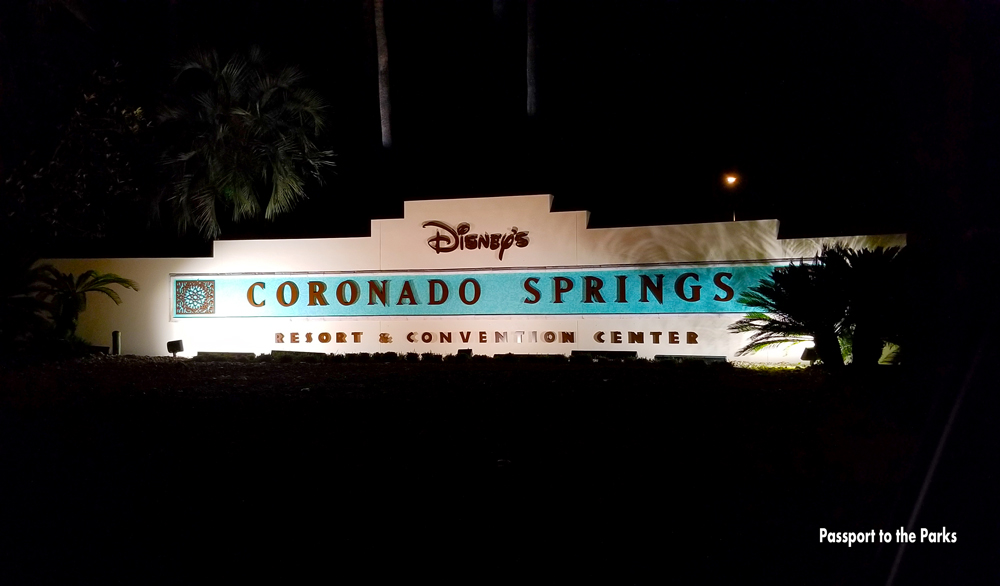 The new Gran Destino Tower is really the show stopper when entering the resort.  The beautifully lit tower can now be seen from multiple areas around Disney property, acting as a beacon to lead guests home. 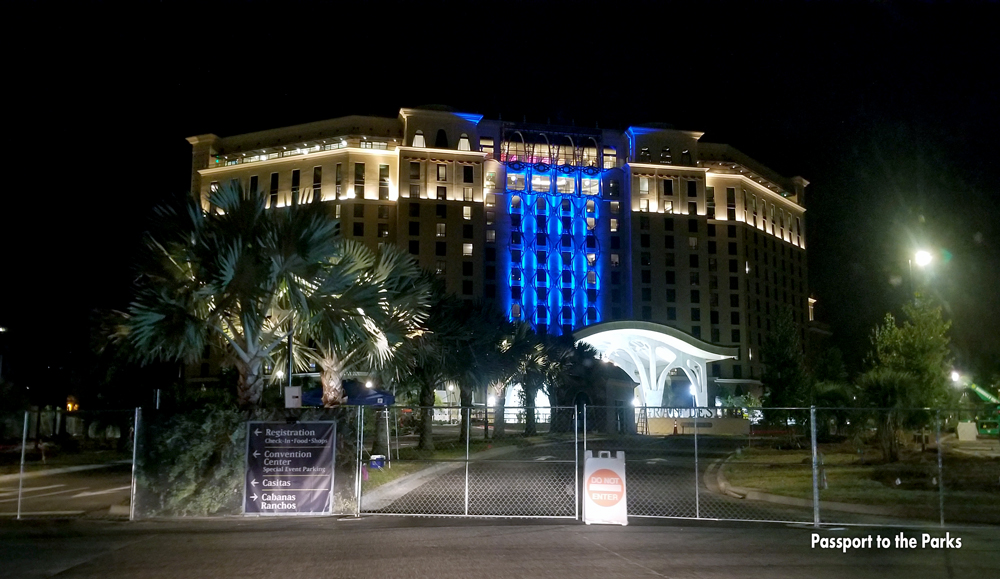 Make sure to follow PASSPORT TO THE PARK for all the opening festivities on July 9.