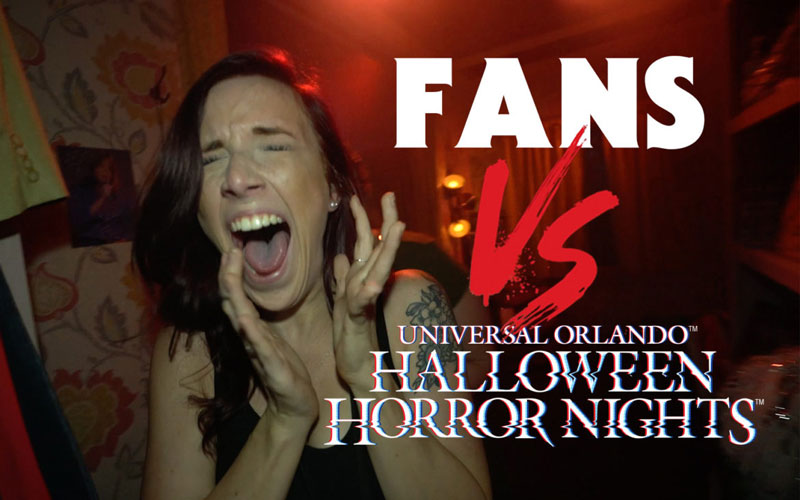 Every year, fans of Universal Orlando’s Halloween Horror Nights eagerly anticipate the announcement of the annual social media meet-up. Past years have included themed parties, scavenger hunts, and elaborate competitions. This year, we wanted to find a way to allow our fans to be the stars of our their own story, so we issued a challenge.

Tweet “I accept the #HHNChallenge!” to enter for a chance to win an exclusive #HHN28experience.

Twenty-five lucky winners were selected at random and invited to star in a haunted house walk-through video that would capture the frightened (and oftentimes hilarious) reactions of them and their guest. While they waited to film their video, they got to hang out in a Halloween decorated VIP Lounge filled with 80s themed games and food. In addition, they also got to be among the first to take a lights-on tour of the Stranger Things haunted house.

They laughed, they screamed, they attempted to laugh and scream simultaneously, but in the end they had a great time. Watch and enjoy!