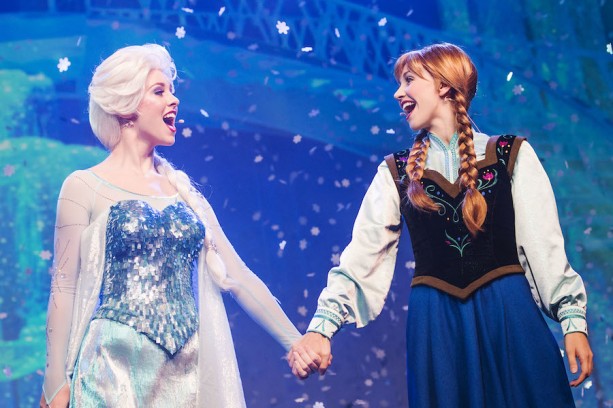 Tom Staggs, Chairman, Walt Disney Parks and Resorts announced today that a new “Frozen” attraction will be coming to the Norway Pavilion at Epcot.

Staggs wrote in the Disney Park Blogs, “We’ve made “Frozen” a part of the guest experience in a number of ways already and our guests have both loved them and asked for more. So I’m pleased to say that we’re starting construction at Walt Disney World Resort on a brand new “Frozen” attraction at the Norway Pavilion in Epcot.  The new attraction, which replaces Maelstrom, will take our guests to Arendelle and immerse them in many of their favorite moments and music from the film. The pavilion will also include a royal greeting location where Anna and Elsa can meet our guests. We think these “Frozen” elements are great complements to the Norway Pavilion, which showcases the country and region that inspired the film.”

The attraction has been rumored for some time and will reach it’s reality in 2016.  Maelstrom will take its final voyage on October 5, 2014.

“Frozen” has maintained popularity and will have an even larger presence at the Magic Kingdom during the holiday season.  Queen Elsa will use her powers to transform Cinderella Castle into an ice palace every night starting in early November. And Mickey’s Very Merry Christmas Party-goers can see Anna, Elsa, Kristoff, and Olaf in “Mickey’s Once Upon a Christmastime Parade.”