Glow with the Show Lights Up the Night

Disney is always trying to bring more fun and interactive events onto property and they may have once again succeeded with the Glow with the Show enhancements.  Guests of the Walt Disney World Resort will light the night thanks to new Glow with the Show Ear hats that magically change colors in sync with fireworks, shows and each other at Magic Kingdom and Disney’s Hollywood Studios.

Fun, interactive light-up versions of the famous Mickey Ear hats debuted on Oct. 15 during the 15th anniversary of Fantasmic!, the nighttime spectacular presented in the Hollywood Hills Amphitheater at Disney’s Hollywood Studios.

The ear hats will allow guests to feel a part of the show as the latest technology allows the ears to correspond and light up with color during the performances.

“Technology allows the Ear hats to dance and play along with each musical and illuminated sequence.  They truly bring the show’s environment out of the lagoon and the sky, and into the audience in an amazing and dazzling new way, making our guests truly Glow With the Show,” said Dara Trujillo, manager of merchandise marketing, communication, synergy and integration, Walt Disney World Resort.

Fantasmic was the perfect first setting for the initial Glow with the Show debut in Florida, but Celebrate the Magic, the nighttime projection show at Cinderella Castle and the Wishes fireworks extravaganza at Magic Kingdom will also bring color and delight to guests as well.

Each set of Glow with the Show Ear hats is available for $25 at select locations throughout the Magic Kingdom and Disney’s Hollywood Studios.

For more than 55 years, the classic, black Mickey Mouse Ear hat has been a Disney Parks favorite and signature souvenir item. Across the decades, there have been more than 200 different ear hats including limited and novelty editions. The new Glow with the Show Ear hats made their debut at Disney California Adventure in 2012 at World of Color. 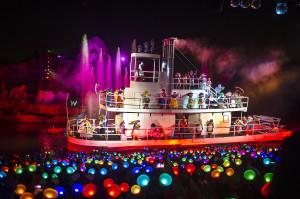 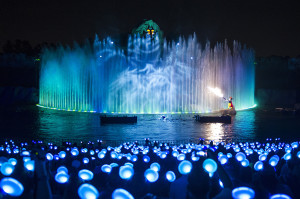 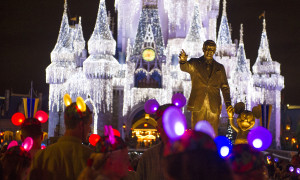 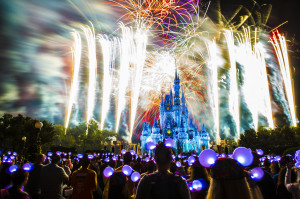 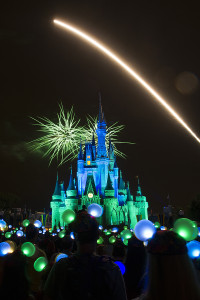