Gondola testing is now in full force on the Epcot line running from Disney’s Caribbean Beach Resort, through the Riviera Resort and into the International Gateway at Epcot.  Expectations were high, expecting to see gondolas running in and out of the unfinished Epcot station, but instead we saw a complete halt as heavy rain, wind and lightning put a damper on the fun. 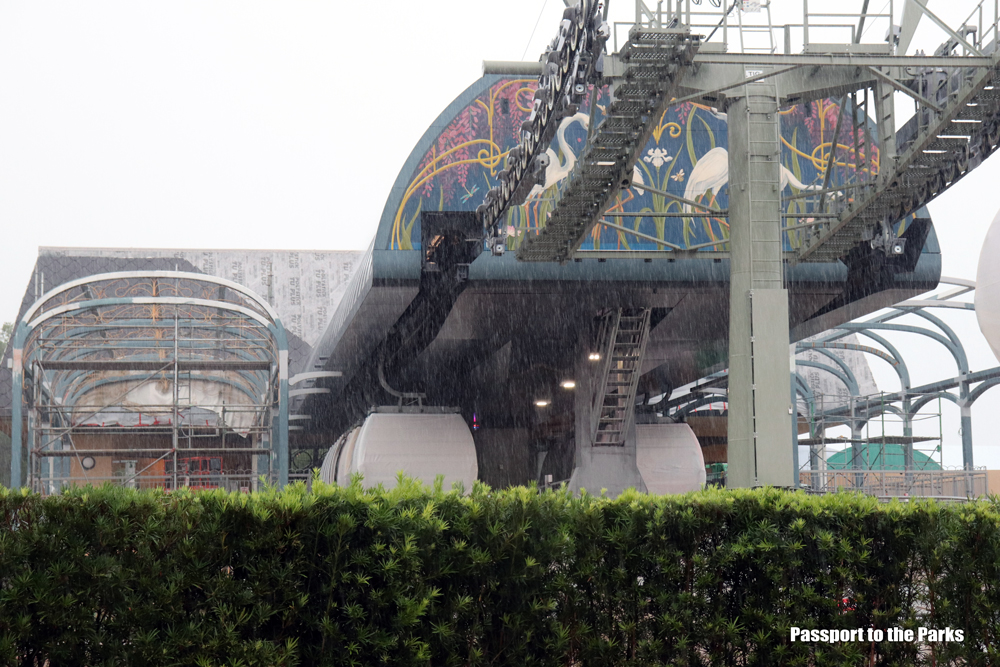 The full stop may have been planned, considering the Doppelmayr D line is rated to run in winds up to 40mph.  The gondolas have a predetermined tilt radius from side to side to safely remain on the haul rope.  The main factor is lightning within a five mile radius.  This will shut down the system for safety reasons. 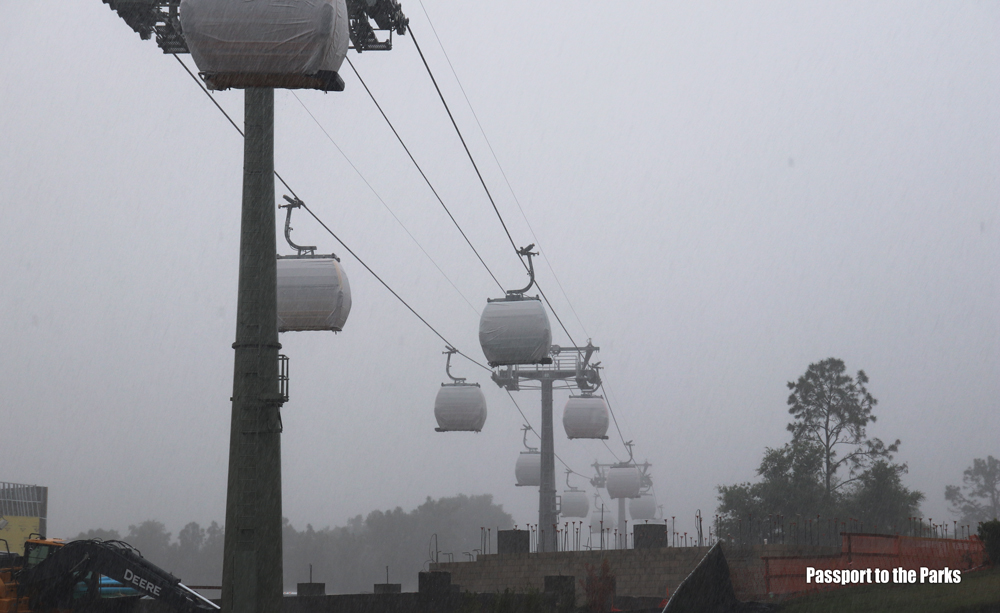 Today, was likely a mixture of normal load testing, along with weather concerns.  Don’t worry though, there is much more to come.  Everyday is becoming more exciting than the last.  Be sure to follow PASSPORT TO THE PARKS for the best Disney Skyliner coverage!