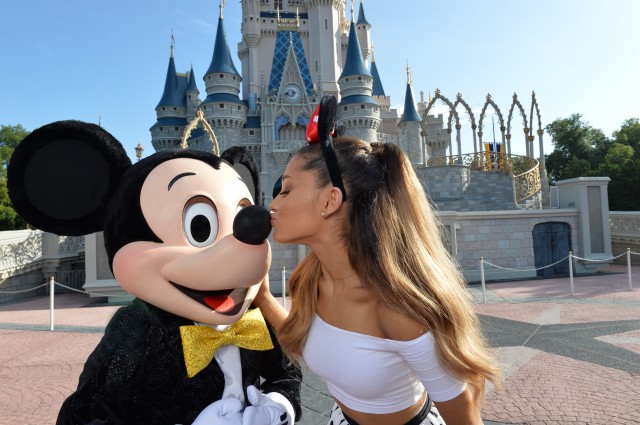 Ariana Grande recently celebrated her 21st birthday at the Magic Kingdom in Walt Disney World.  The singer recently topped the charts with her megahit “Problem” (featuring Iggy Azalea).  Ariana is also well known from the hit Disney Channel show “Sam and Cat”, where she plays the adorable, but not so bright Cat Valentine.

It looks like she had a blast taking a ride in the Main Street Fire Engine and also spending time with Mickey Mouse, Prince Charming and Cinderella.   A giant Bibbidi Bobbidi Blue-hued birthday cake, created by the talented team of Disney Pastry Chefs, was unveiled and dozens of Grande’s friends and family members joined in the fun to help the global music superstar celebrate at Magic Kingdom Park. 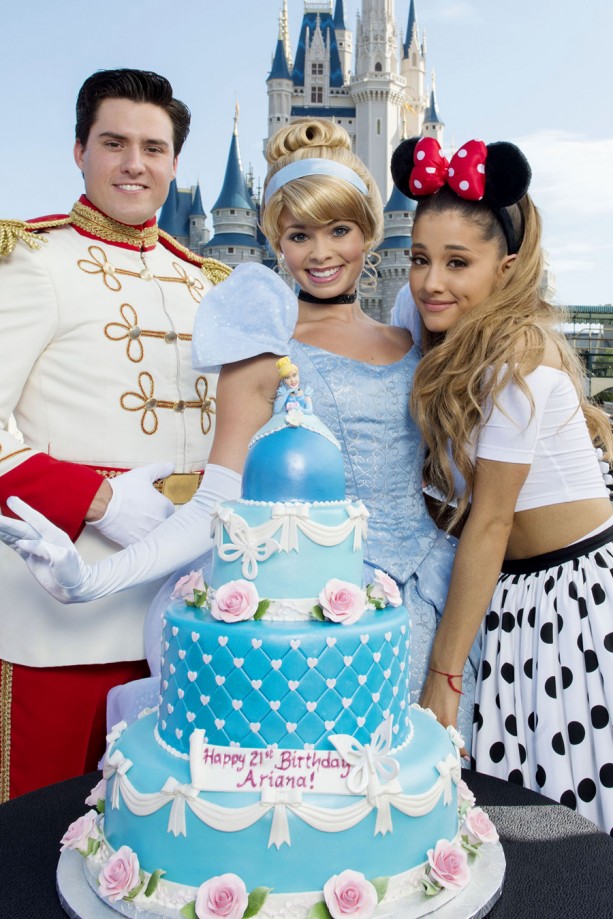 Check out the video of Ariana having a blast and sharing some smiles.