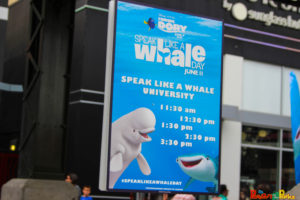 Today at Disney Springs there was a lot going on to celebrate Speak Like a Whale Day. Never heard of it? Us either! Apparently it is a way to bring attention to the upcoming release of Finding Dory. It appeared that there may have possibly been early screenings of the movie today as well. Many people were seen in line waiting and getting special pictures taken by Disney PhotoPass Photographers. 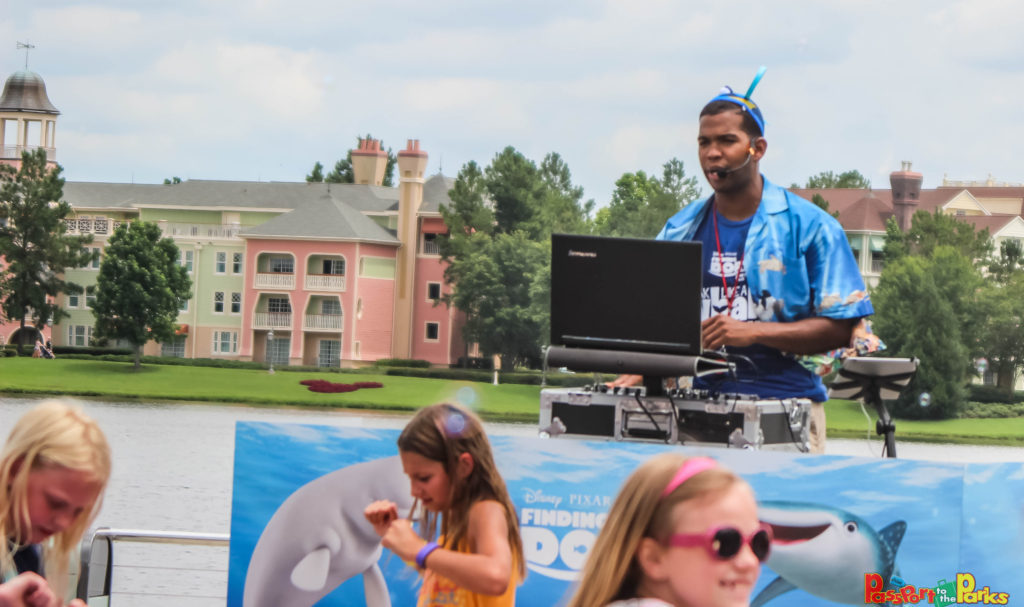 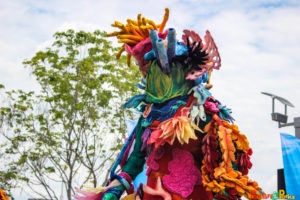 They were doing a lot of filming of different things as well as gathering children ages 5-7 to take part in an event that was definitely going to be filmed because parents were required to sign a release giving permission if their child was to take part in the fun. They were even holding classes to teach all the humans how to speak whale. They were giving away buttons to commemorate Speak Like a Whale day as well as Dory fans. 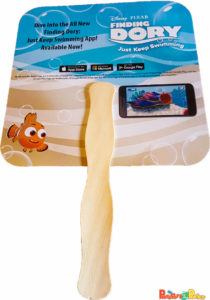 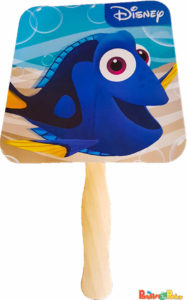 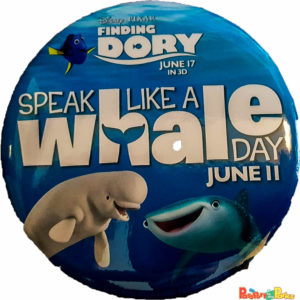