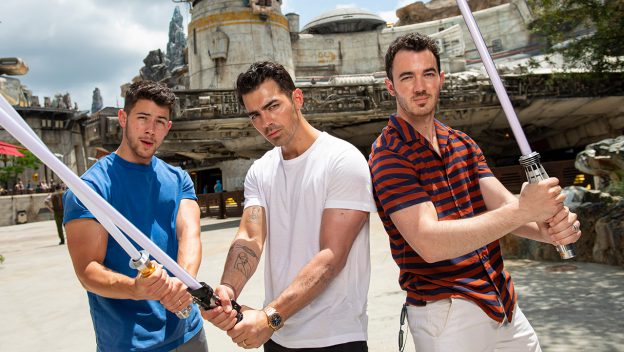 The Jonas Brothers were rounded up by the First Order on the planet of Batuu during a recent preview of Star Wars: Galaxy’s Edge at Walt Disney World Resort!

The stormtroopers took a moment to snap a few photos with Nick, Kevin and Joe, who were vacationing with their families.