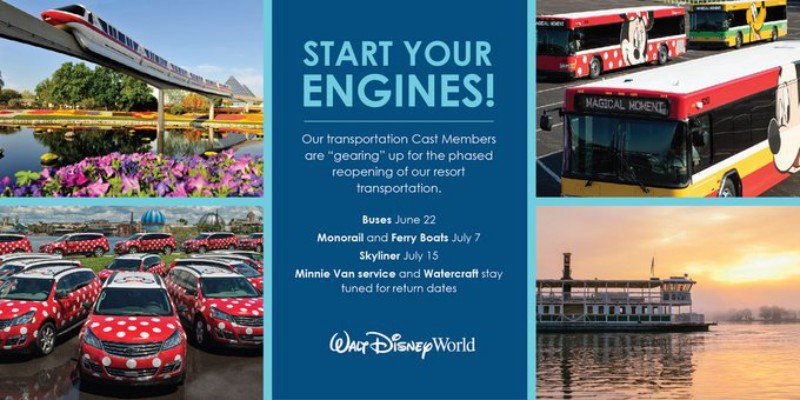 Disney buses have already been in operation (with limited capacity) since June 22.

Disney Monorails and Ferry Boats will begin operation on July 7, offering service to the Magic Kingdom.

Disney Minnie Vans and Other Watercraft will be announced in the near future.

Check out this live Disney transportation video to get you even more excited.

As always stay tuned to Passport to the Parks for more Disney information and fun!