Now that an opening date has been set for the Disney Skyliner, final preparations are starting to progress quickly.  Here are some exciting details happening at Disney’s Caribbean Beach Resort and Disney’s Riviera Resort.

The construction fence has been removed around the perimeter of the Caribbean Beach Skyliner station.  Now we can get a very clear view into the “yard” where the gondolas are stored. 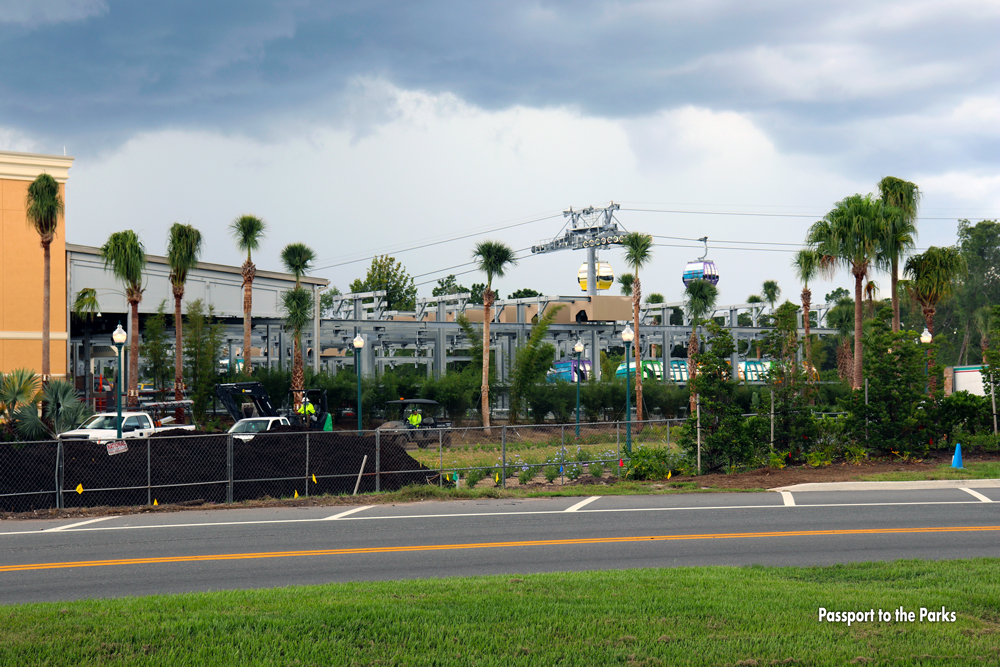 Only a chain link fence remains, which will also most likely be removed just prior to opening. 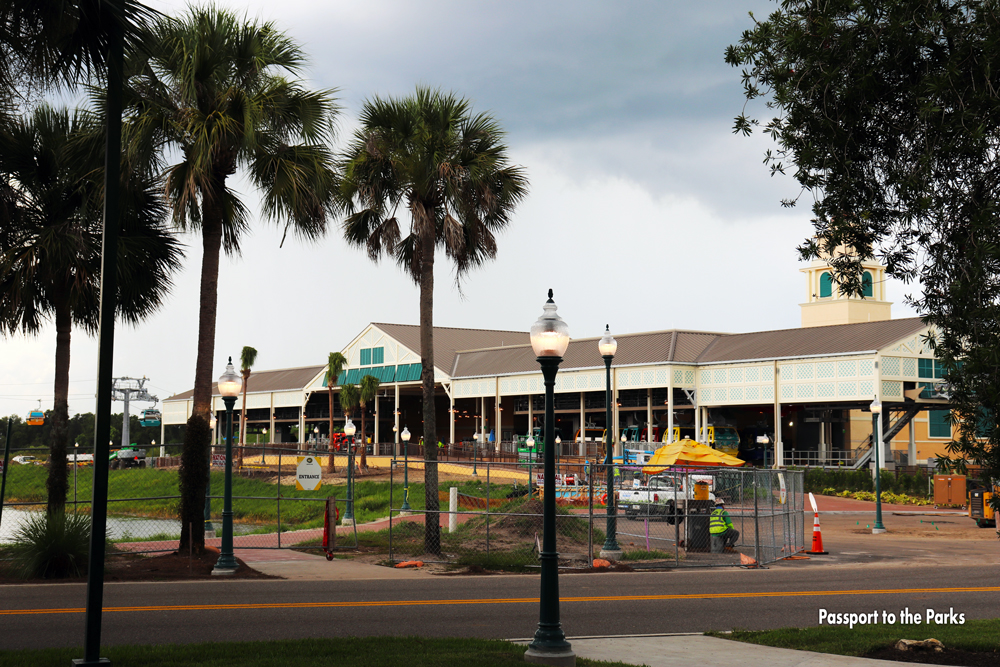 The view inside the station is no longer obstructed.  Disney may add more buses around the area to act as a natural buffer. 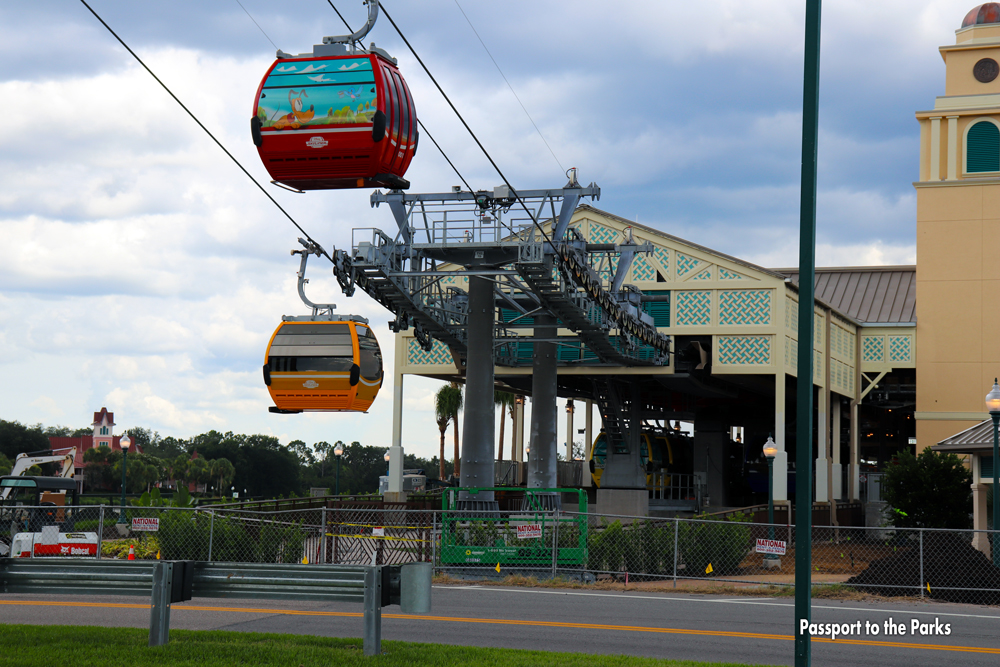 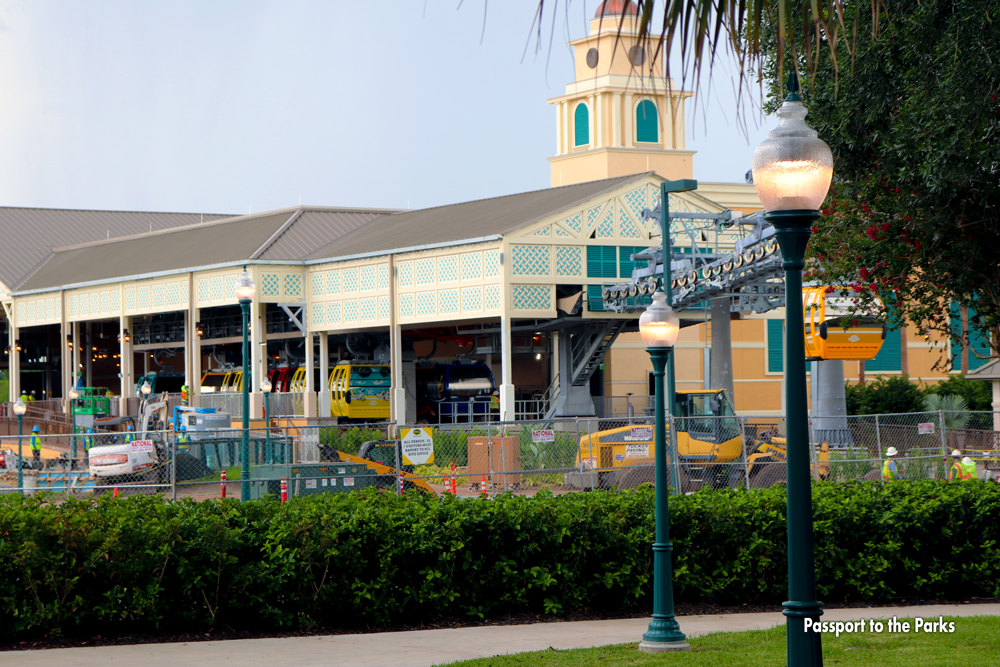 We can finally see the bus stop clearly.  This may be used for the internal bus shuttle between the Caribbean Islands.  It may also be used in the event of a weather evacuation to move guests to their locations after unloading from the gondolas. 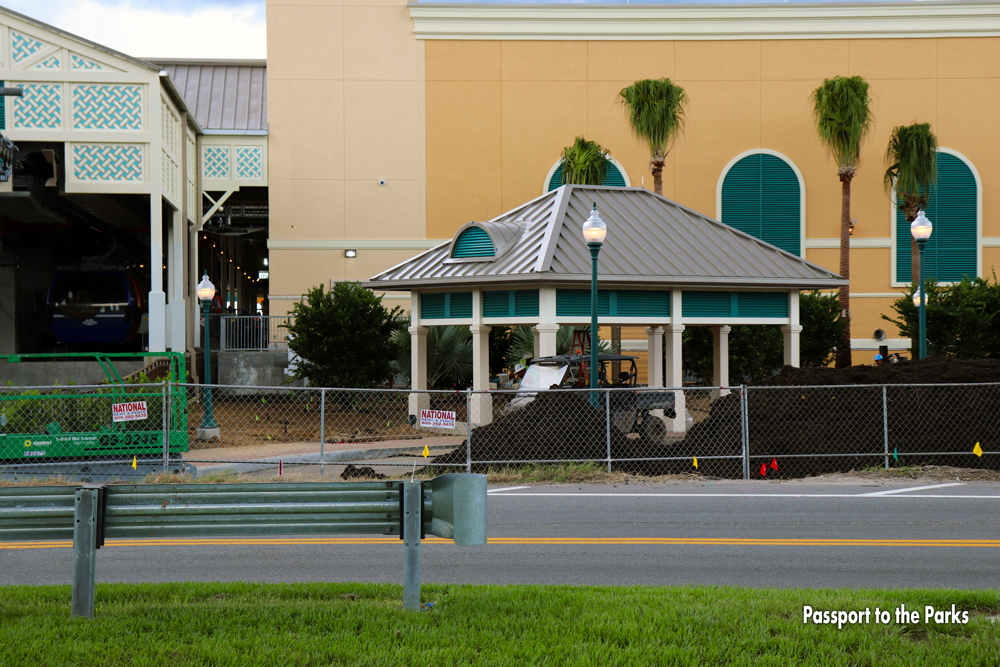 The new pathways are still closed off in front of Jamaica.  They will most likely open, when Disney is ready to allow guests into the station. 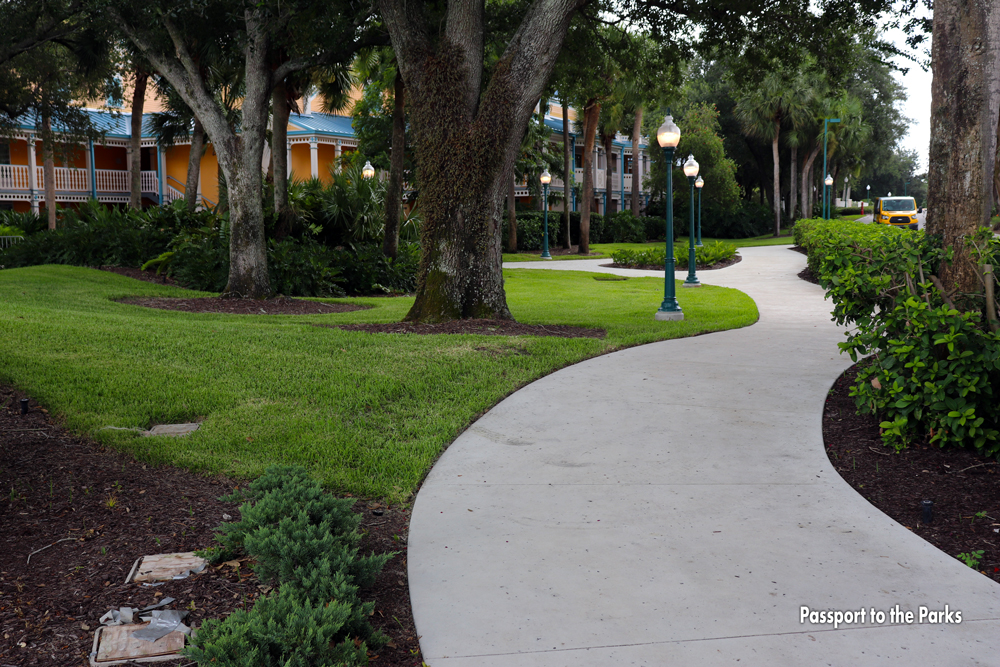 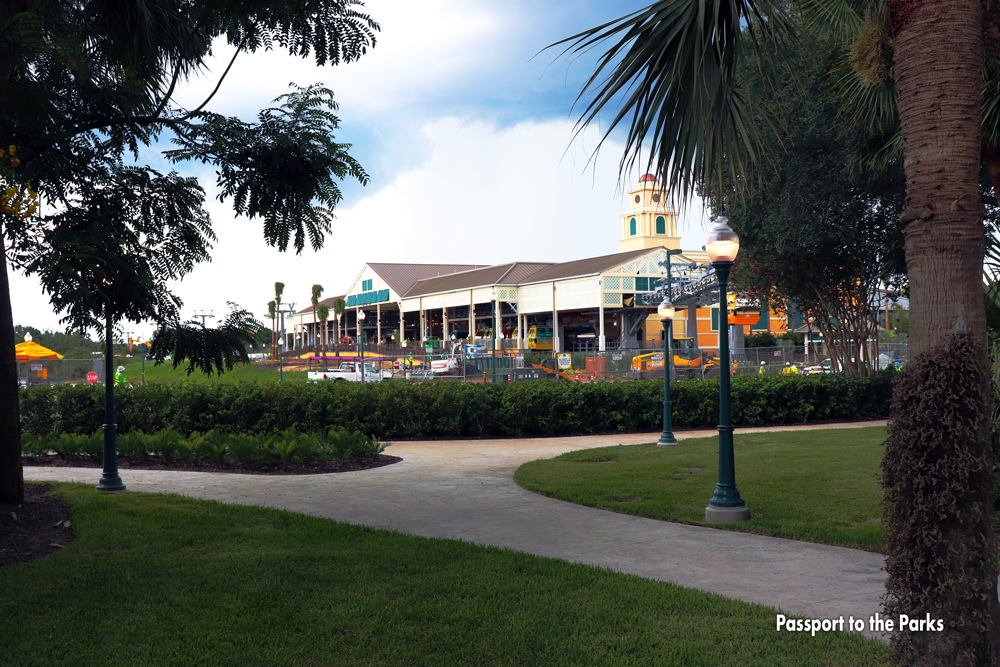 A new walkway is under construction in front of Trinidad that should help the flow of pedestrian traffic. 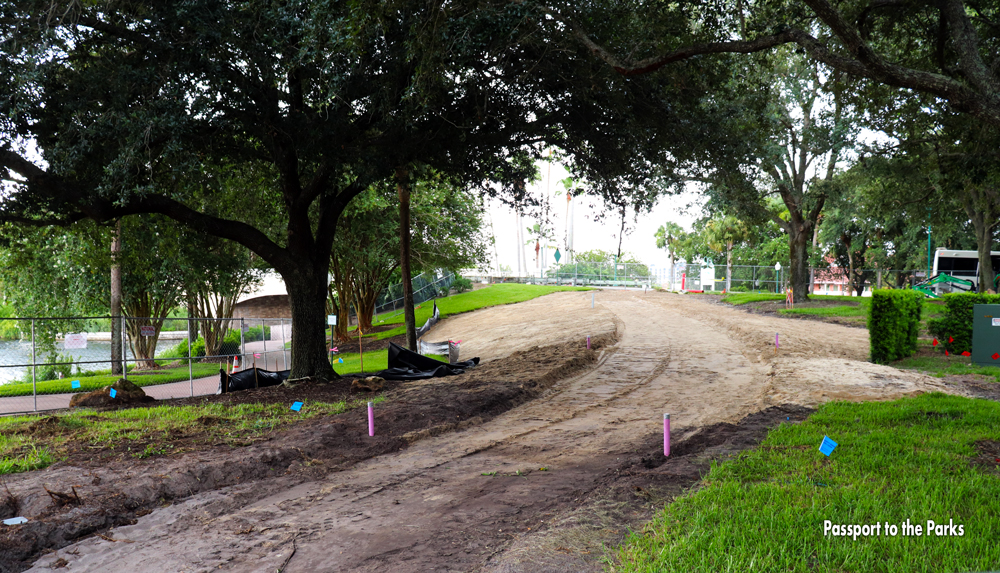 The current pathway will eventually join into the new. 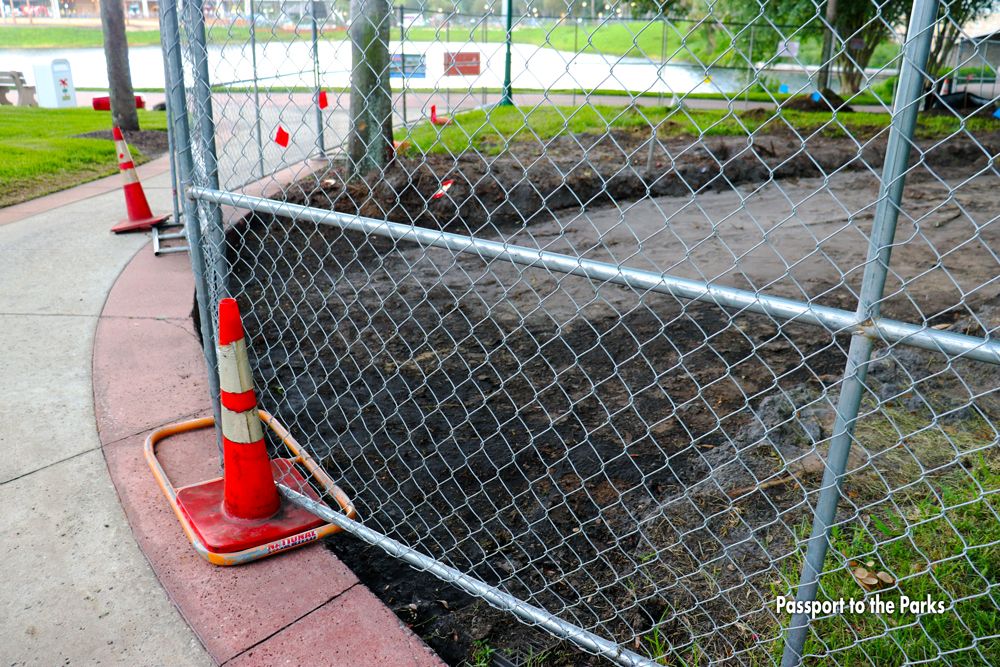 The Riviera Resort station unveiled the new Disney Skyliner sign above the main entrance.  The sign has a European look that fits in well with the overall design of the Riviera. 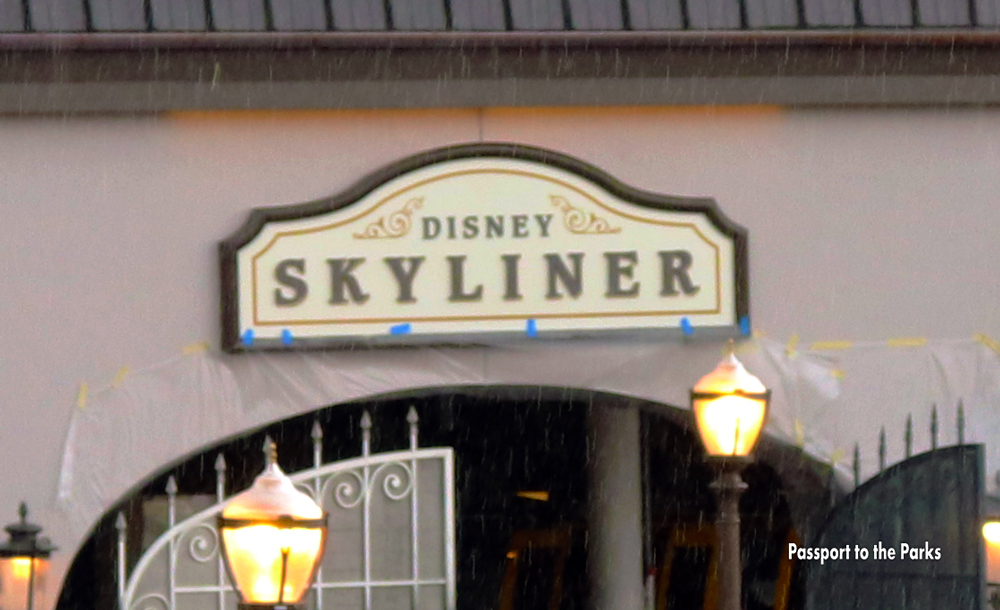 The station looks beautiful in front of the Riviera Resort, that has finally removed all of the scaffolding from the exterior. 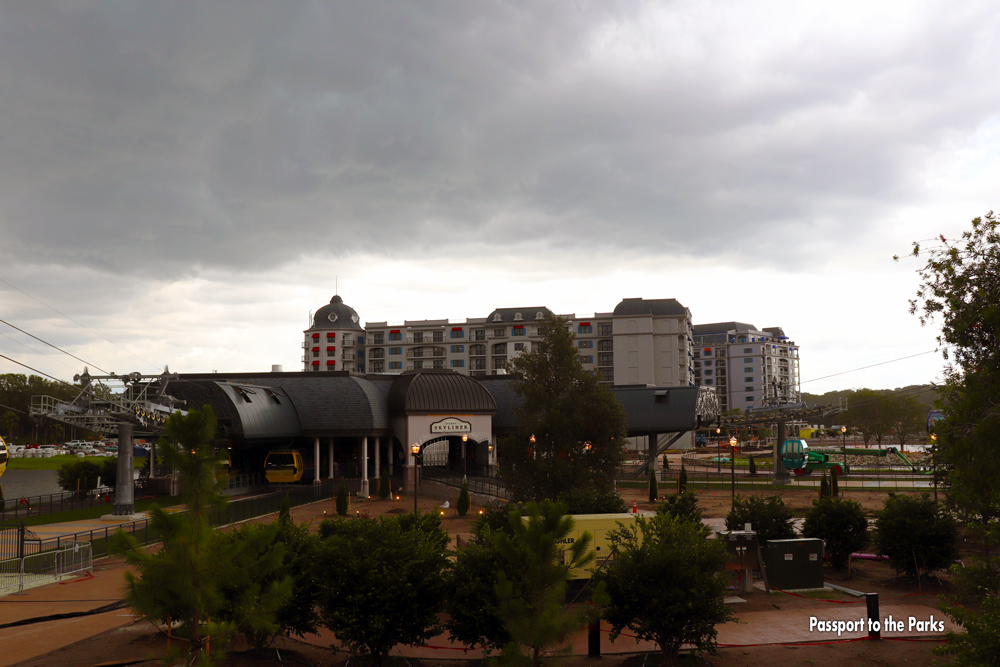 The Riviera Resort in scheduled to open in mid December.  We will wait to see if the Station will allow guests to load and unload after the September 29 Skyliner opening.  This would allow guest staying in Aruba closer access to a station.

Makes sure to follow PASSPORT TO THE PARKS for the best Disney Skyliner information and fun.