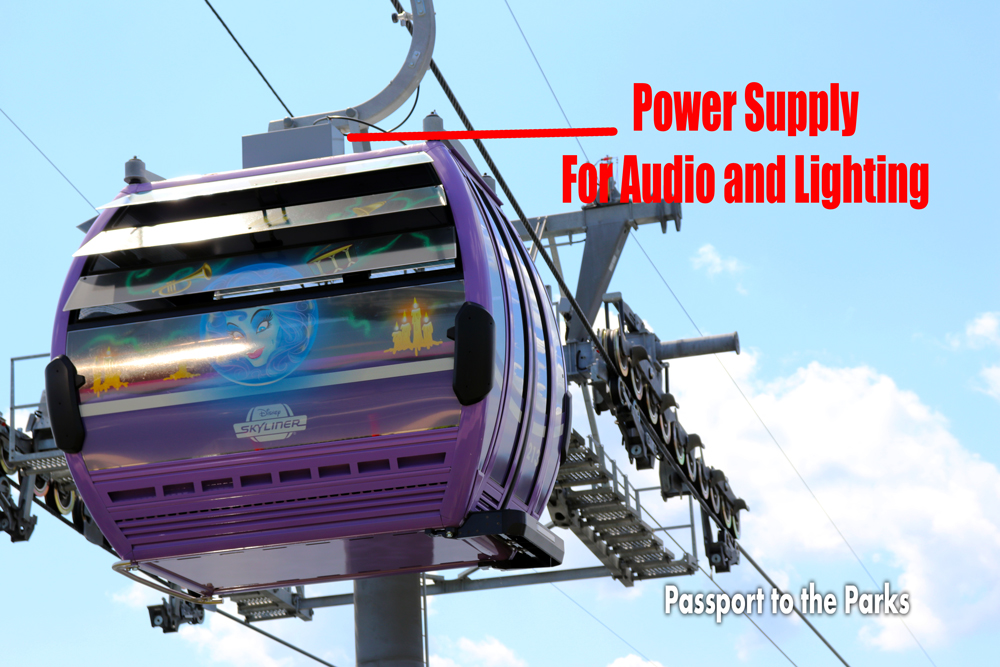 While standing directly under the gondolas soaring overhead at Hourglass Lake, I was able to hear a female voice through the open windows.  It was a calm and pleasant voice stating, “we are now gliding over the sparkling waters of Hourglass Lake”. 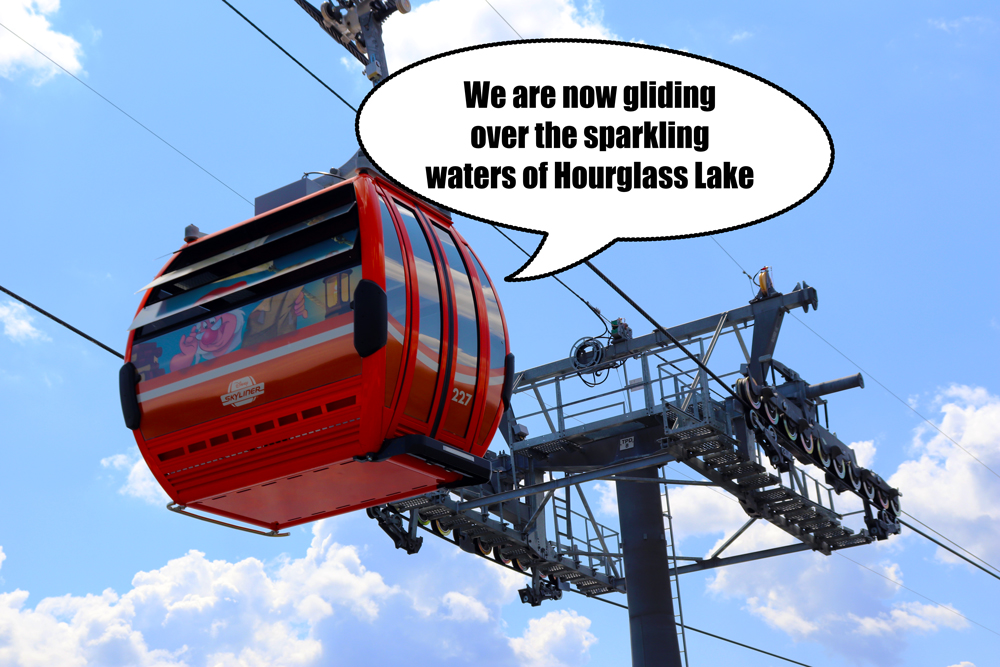 I am assuming there is much more to this announcement, most likely giving information about the Pop Century and Art of Animation resorts.  You can also expect to hear safety instructions and disembarking information as you approach the station. 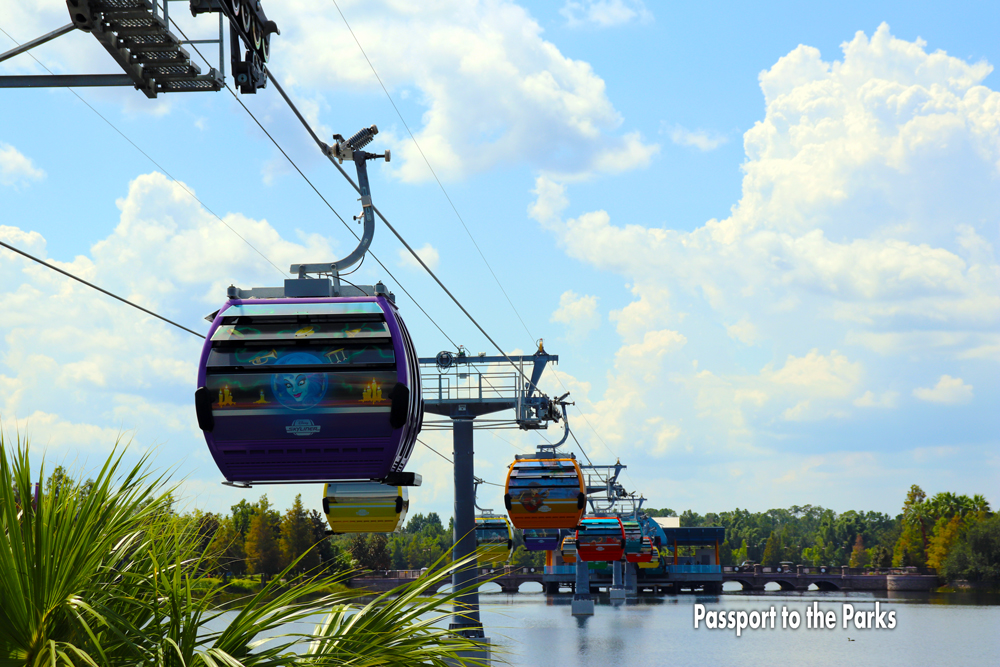 This female voice can also be heard inside the stations giving safety and loading instructions.  This voice and these announcements will be consistent throughout the entire system.  Each journey will give you specific information about the area around you.

If confirming on board audio wasn’t enough thrill for the day, guests also got to see the Disney cast members in their new Skyliner costumes for the very first time.  The men are wearing the tangerine color, while the women wear the teal. 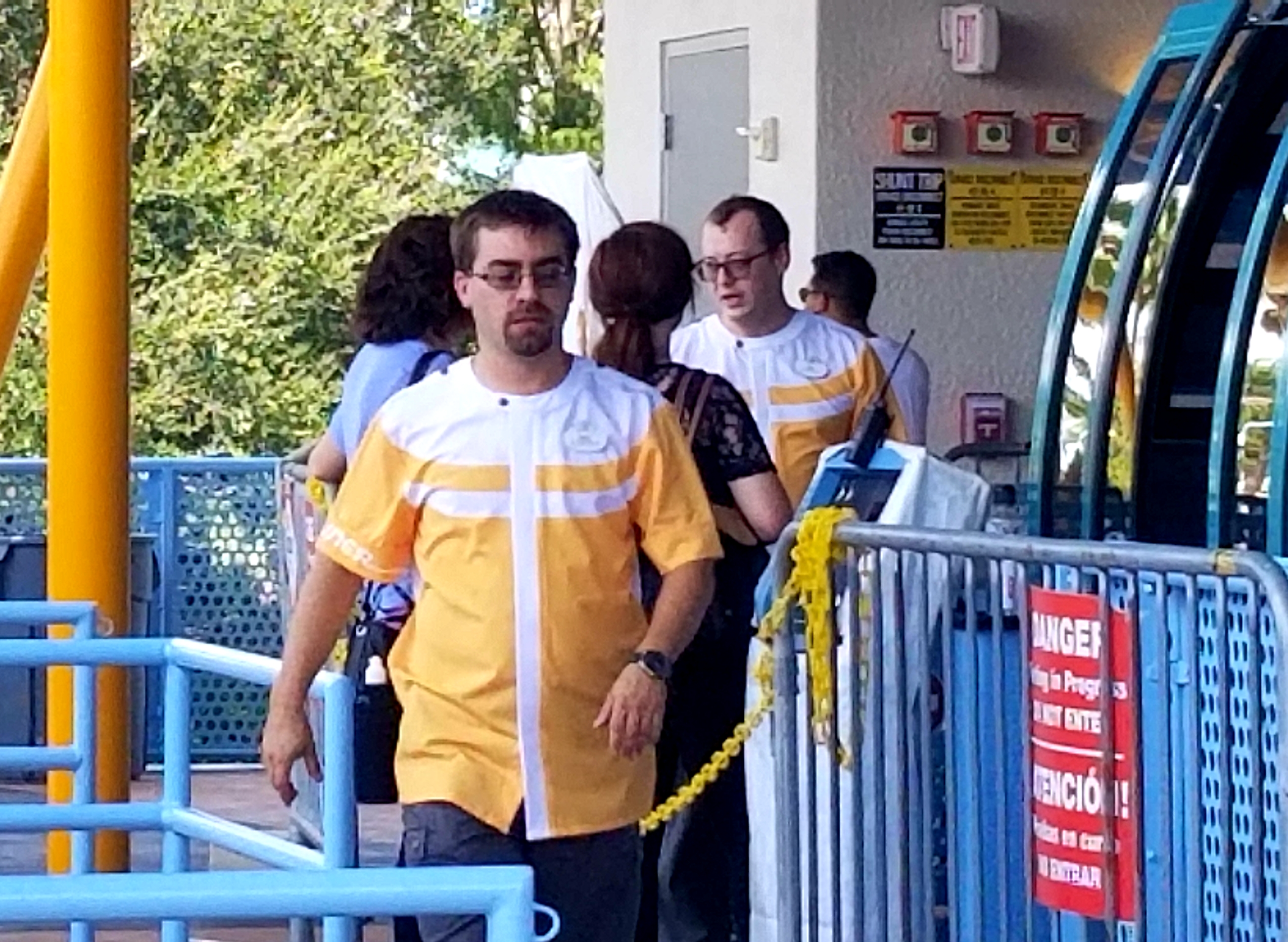 Cast members were also riding the gondolas back and forth between the Caribbean Beach station and Pop Century and Art of Animation station.  This obviously helps with training, but more than anything…it just looked like fun! 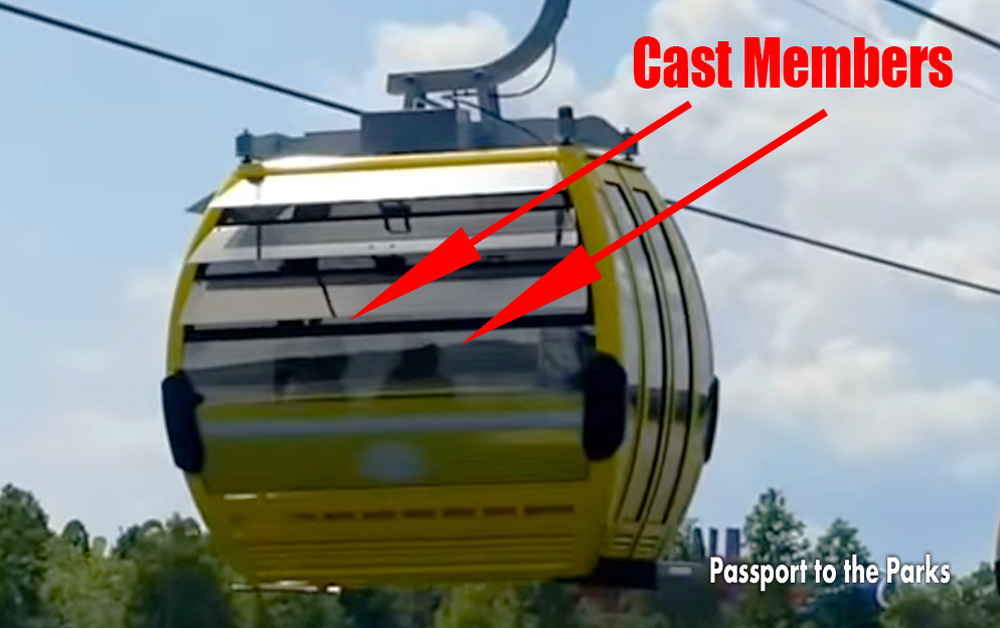 It’s very exciting to see so much progress happening as we approach the September 29 opening day.  Be sure to follow PASSPORT TO THE PARKS for the best Disney Skyliner information and fun!