Yesterday, the Disney Skyliner reached another milestone as they uncovered all of the gondolas at Disney’s Pop Century and Art of Animation Resorts.  Just less than a month earlier, Disney surprised everyone by unveiling the gondolas at Hollywood Studios, but now the bright colors fly over Hourglass Lake. 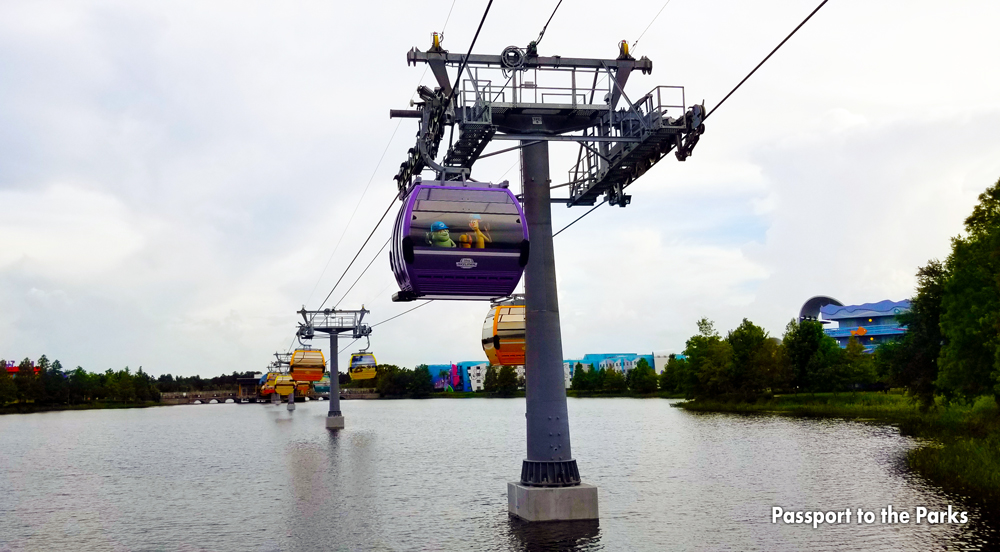 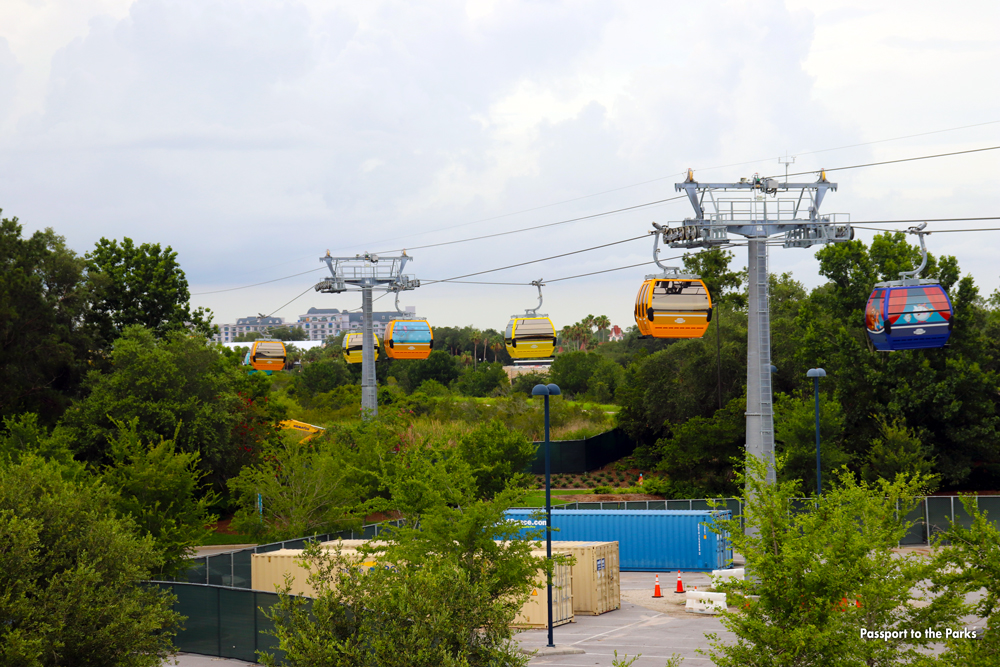 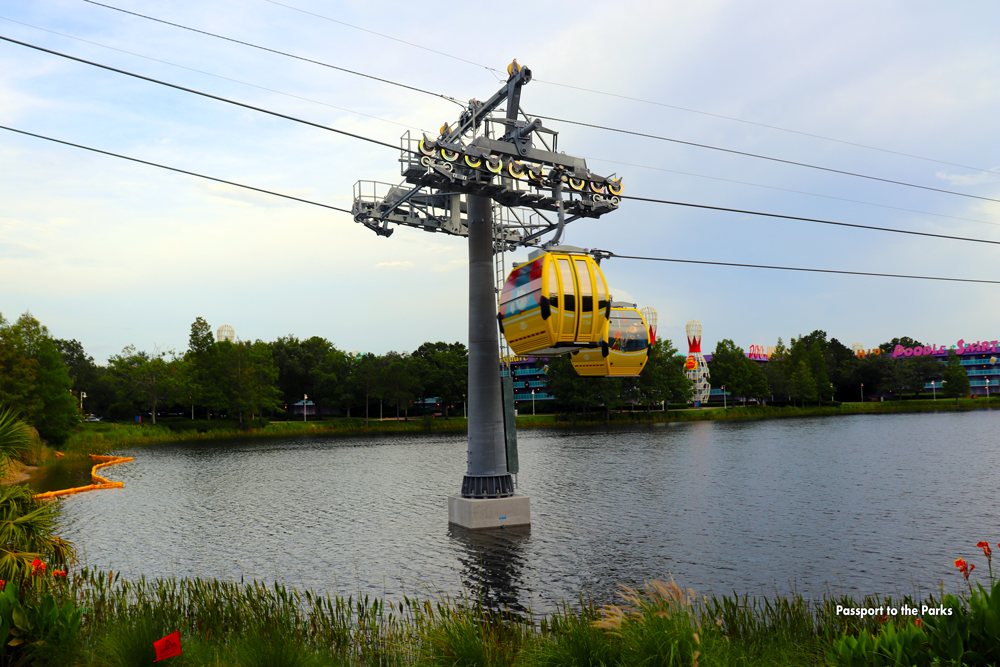 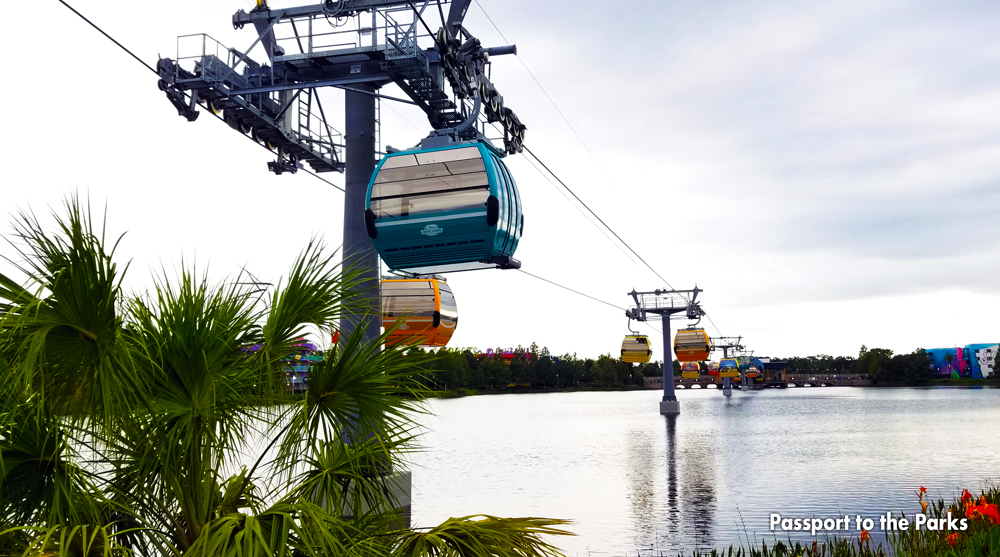 Two new character gondolas were revealed, other than what is already seen at Hollywood.  A new Toy Story and Zootopia gondola now have been added to the family.  Some of the previously unveiled characters are now shown on different colored gondolas as well. 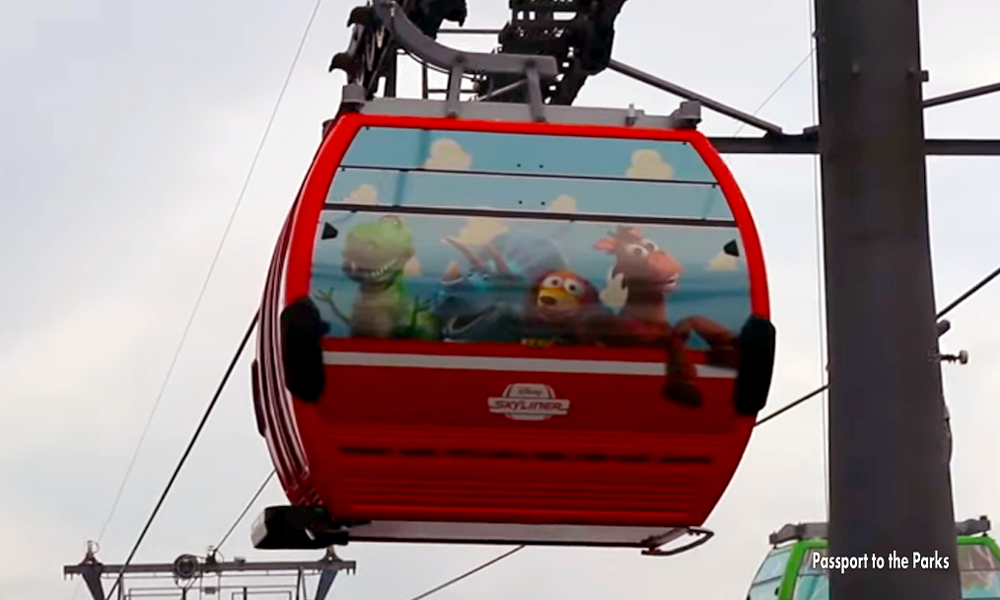 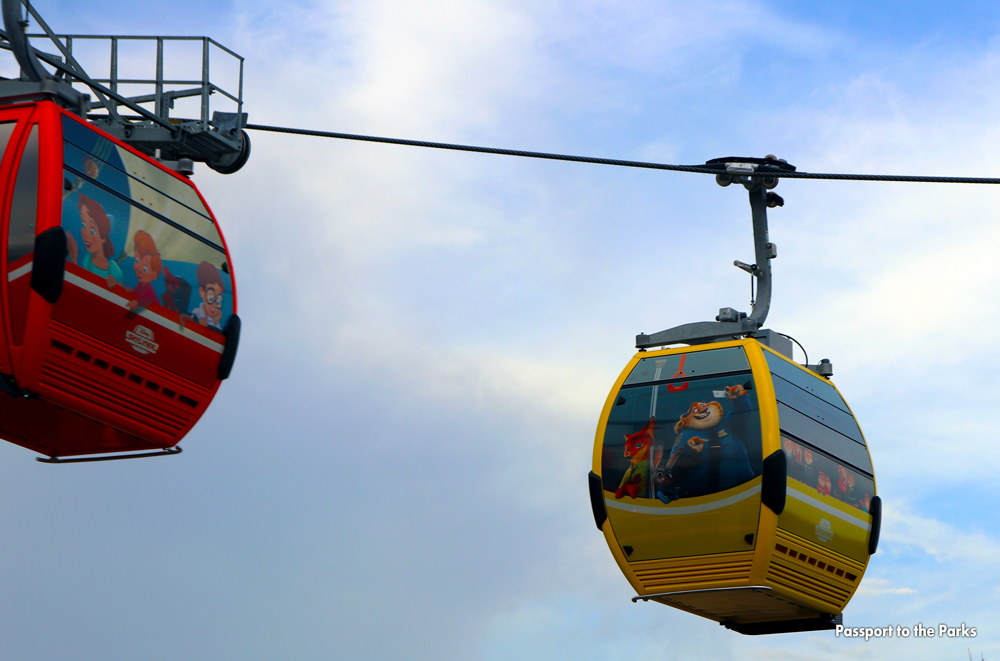 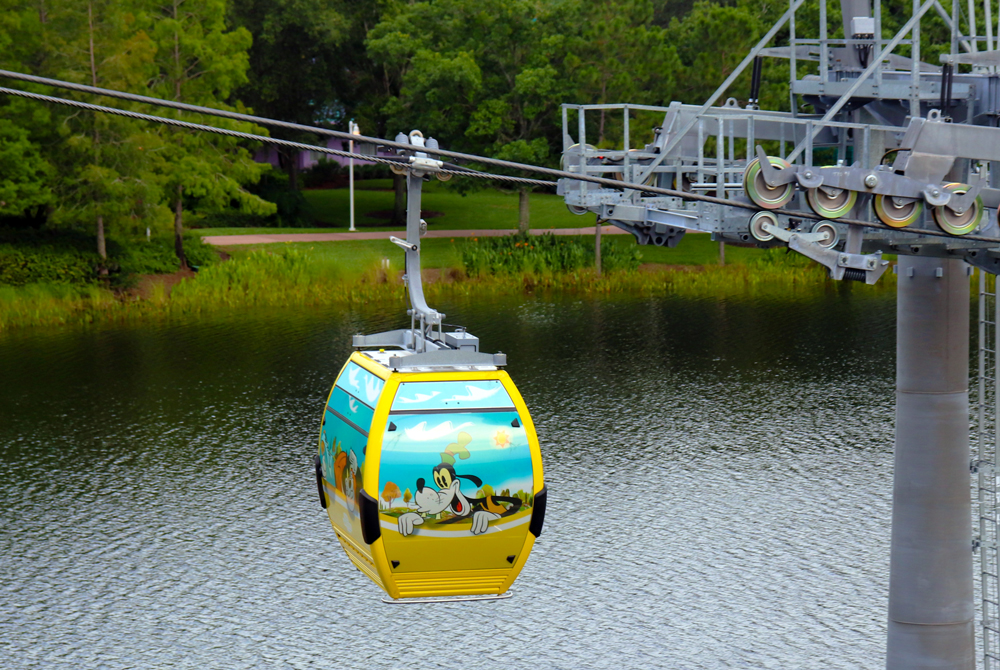 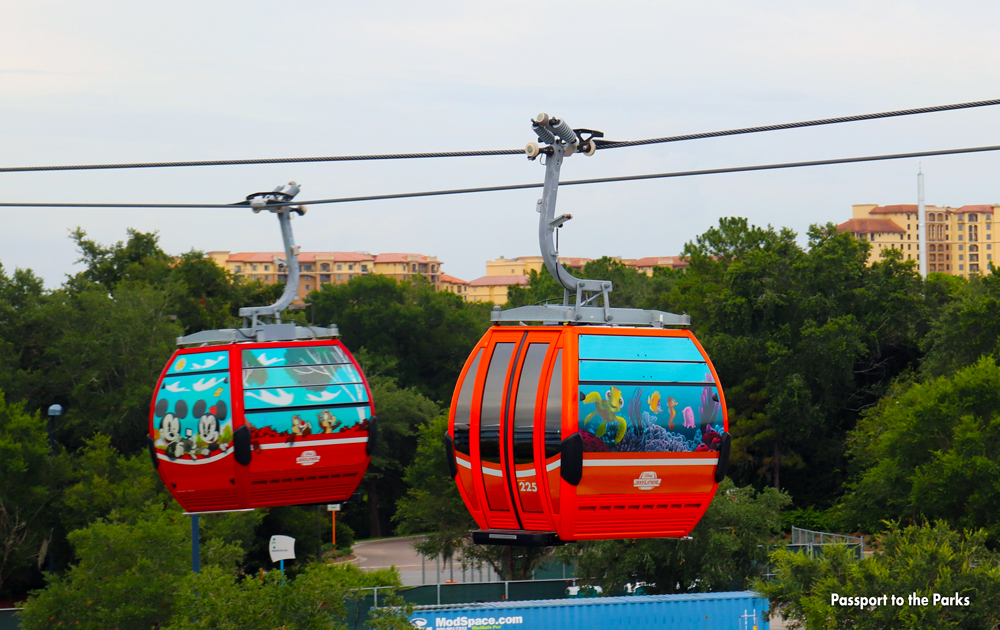 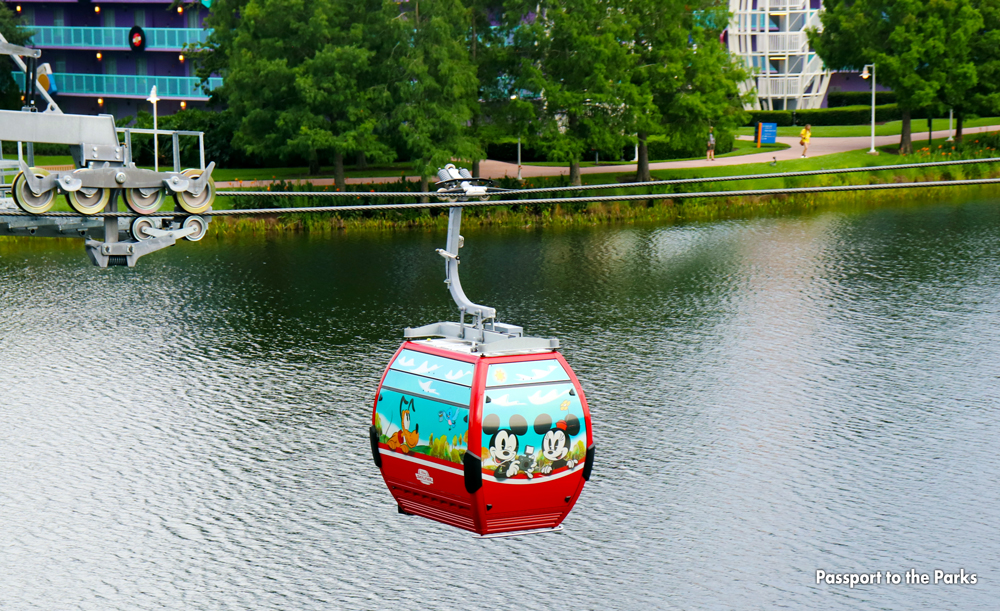 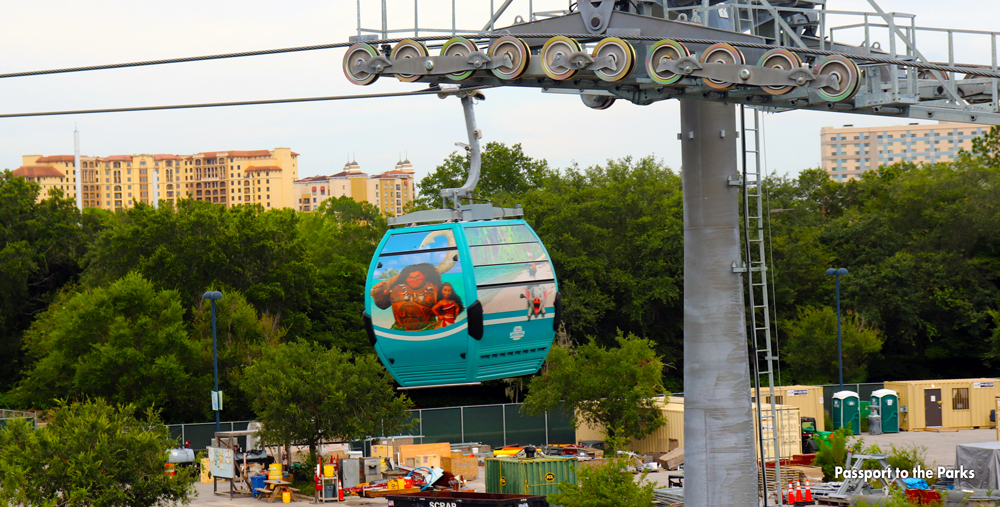 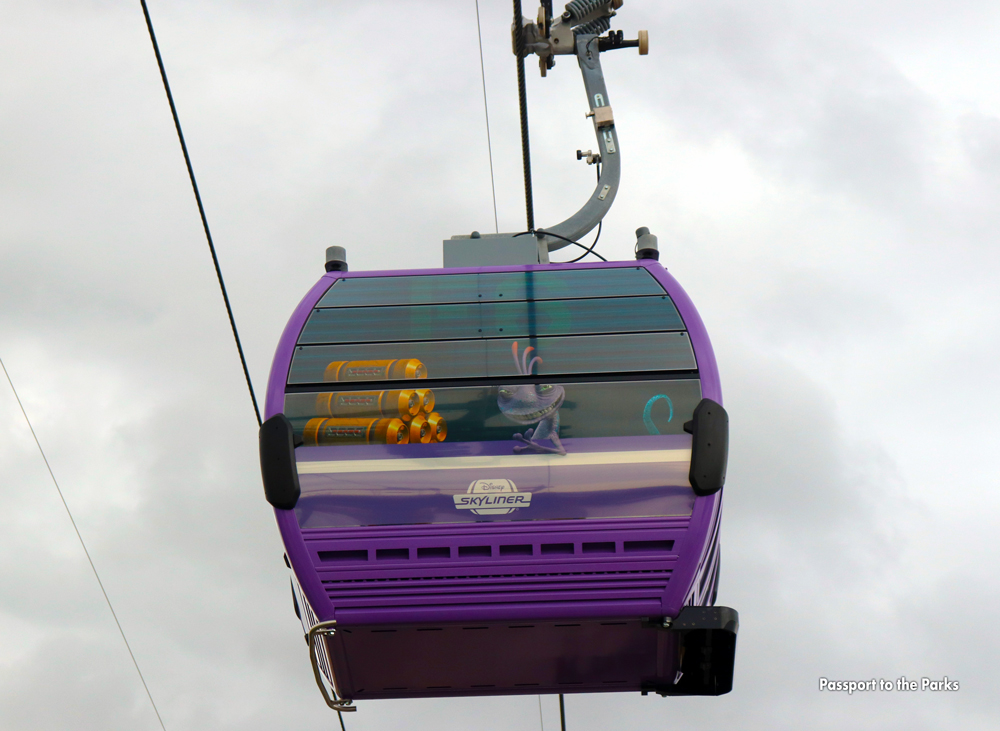 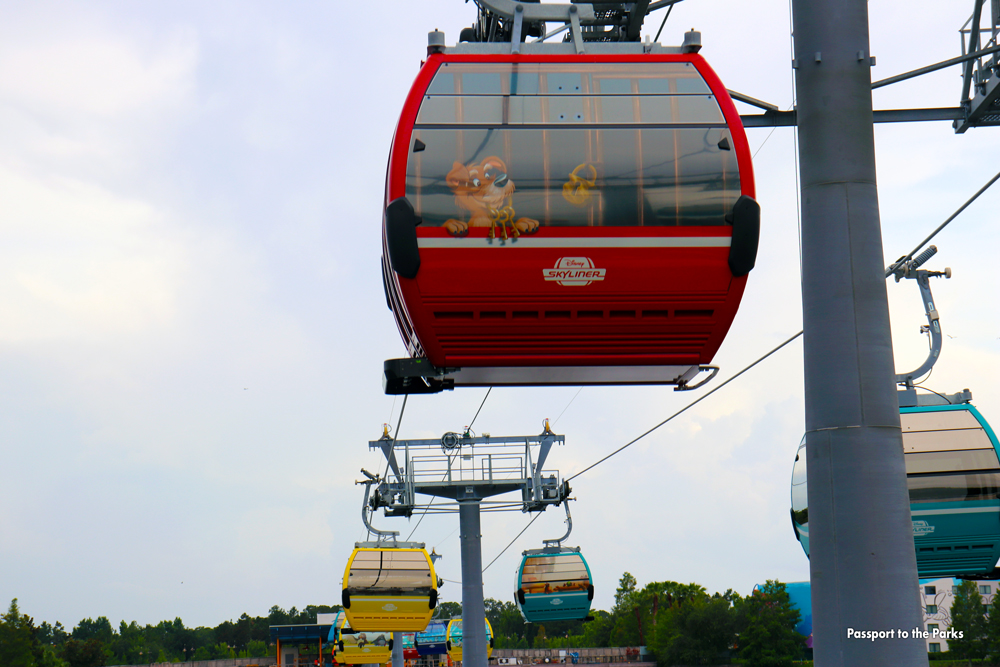 While walking around Hourglass Lake, the Disney Skyliner rescue boat can be seen docked in what appears to be it’s new home.  We were lucky enough to see the rescue boat being built last month. 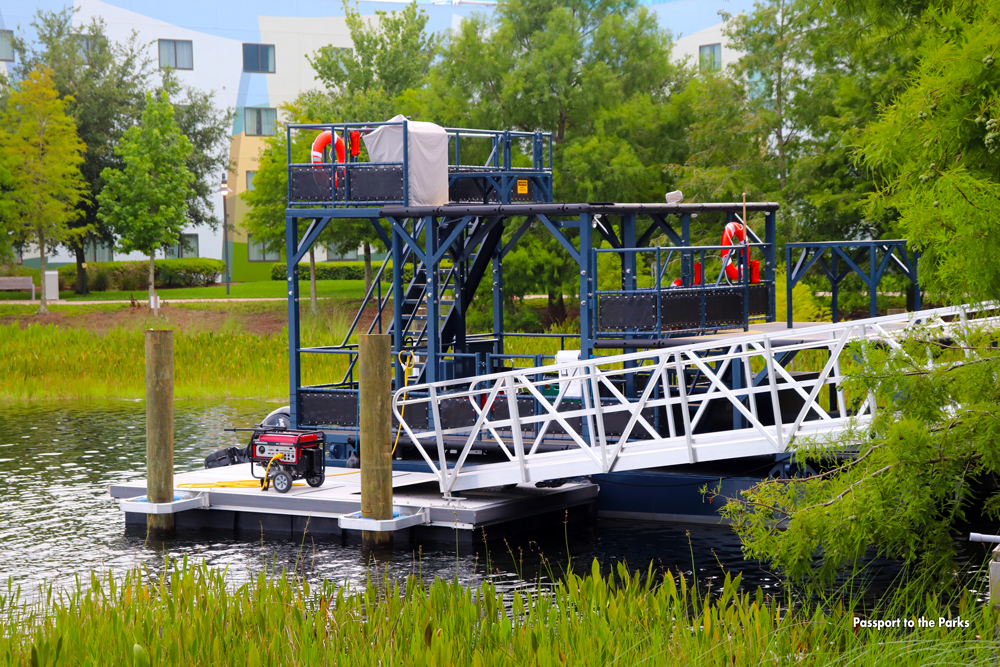 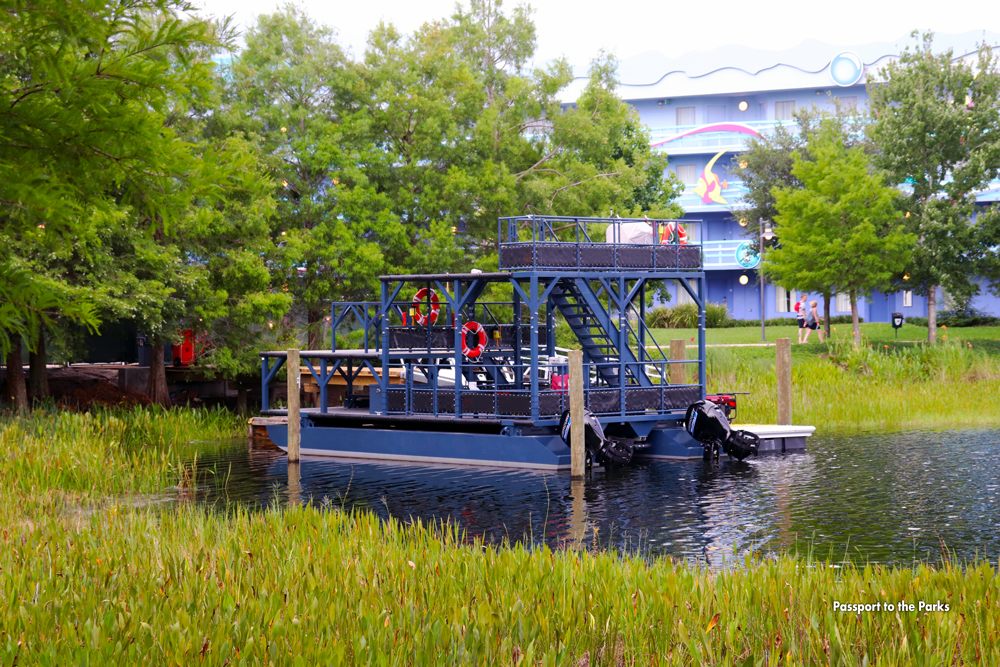 The new restroom building is nearly complete.  The sign is already posted and will provide guest with quick access before departure and after arrival. 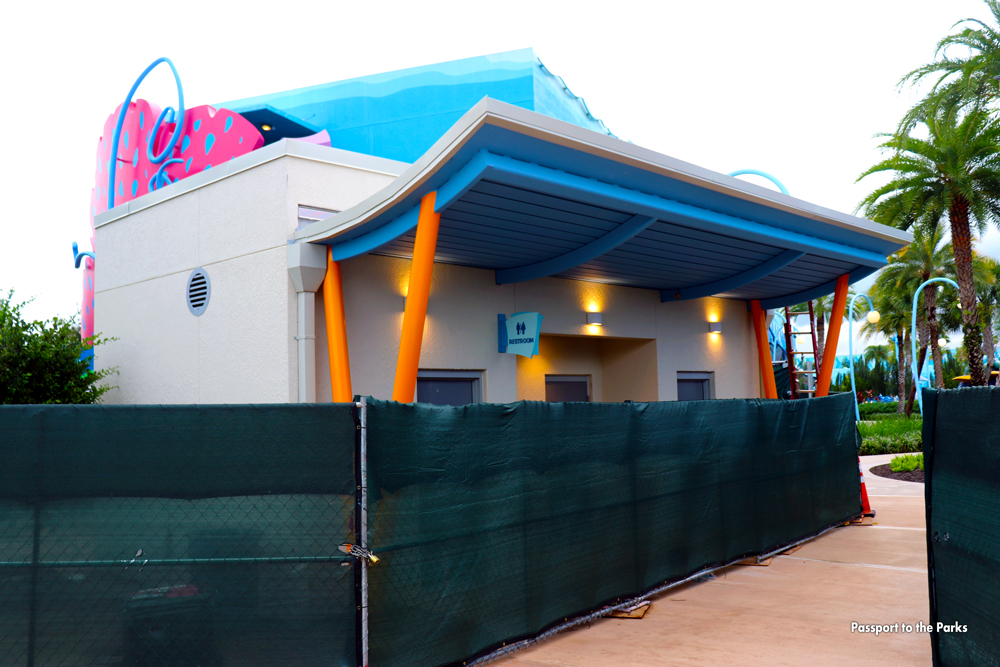 The Skyliner station looks amazing.  The roof is done and the pillars received a recent second coat of paint.  I believe that the two white structures will be removed before opening.  They are not shown in the original concept art. 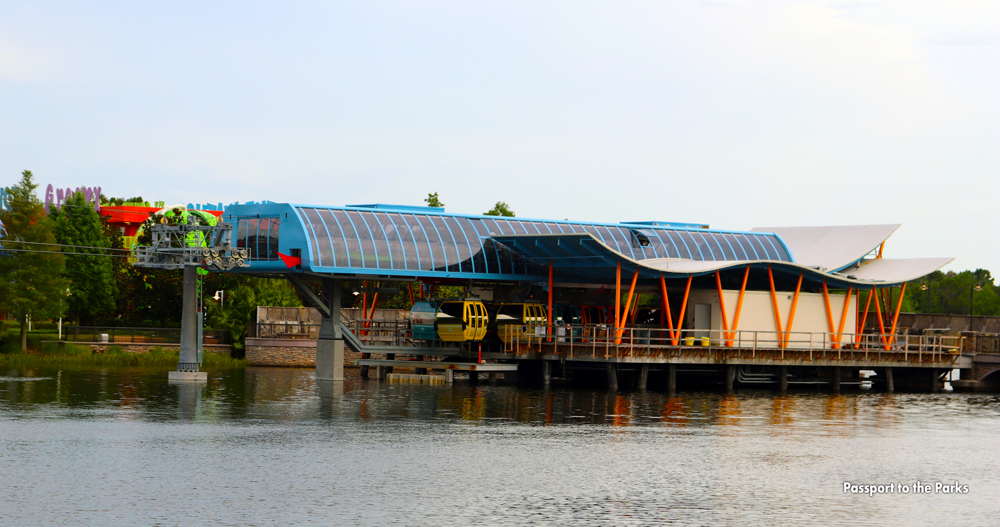 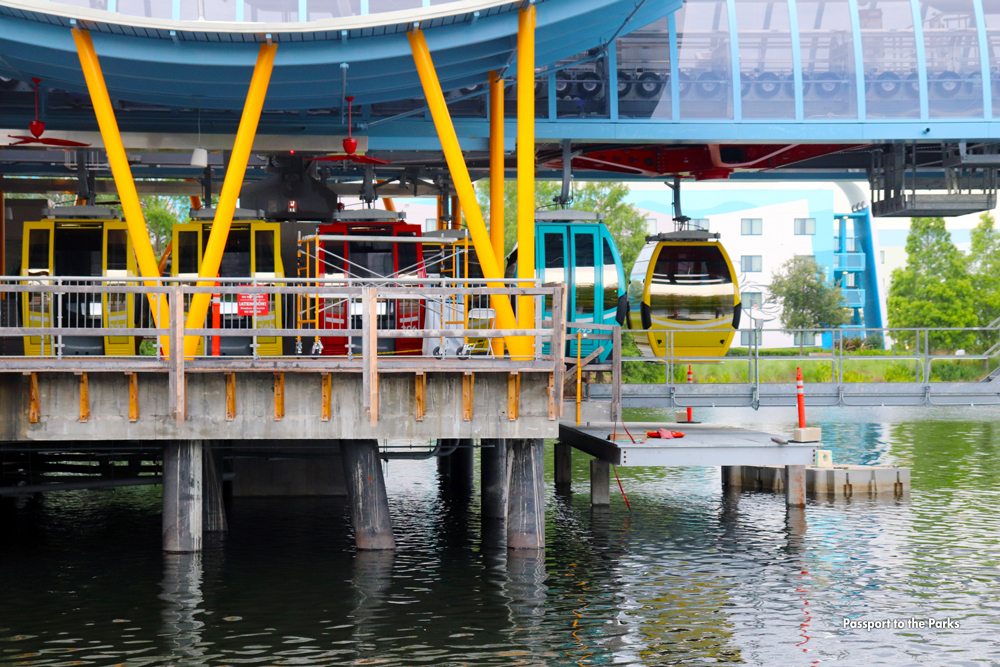 The gondolas really do look beautiful soaring over the water, a view I have been looking forward to most of all.  Disney has said the Skyliner will officially open this fall, but looking at the progress, we are hoping for something much sooner. 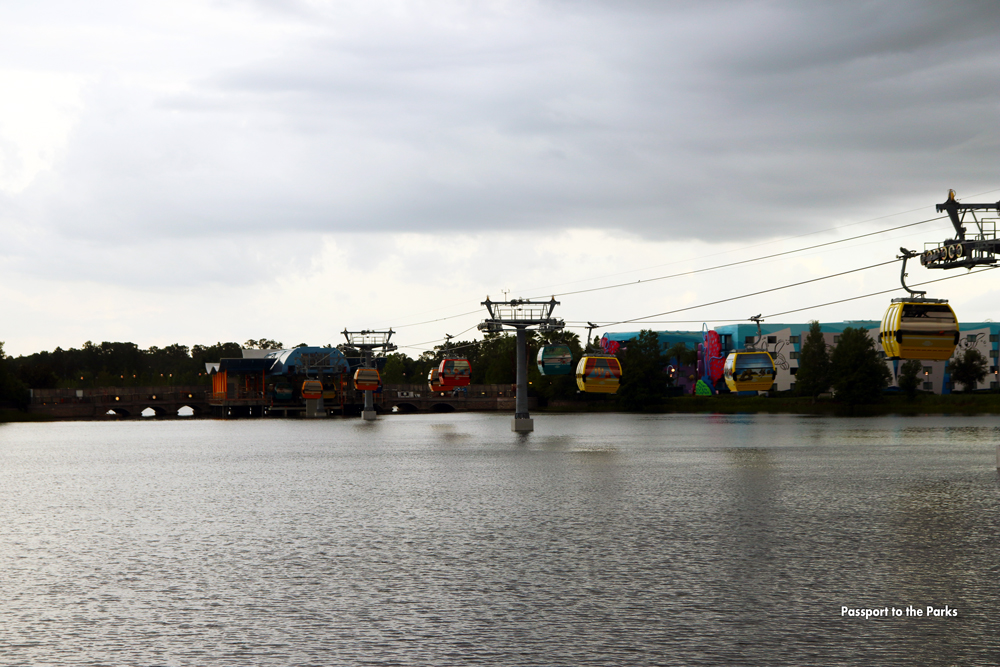 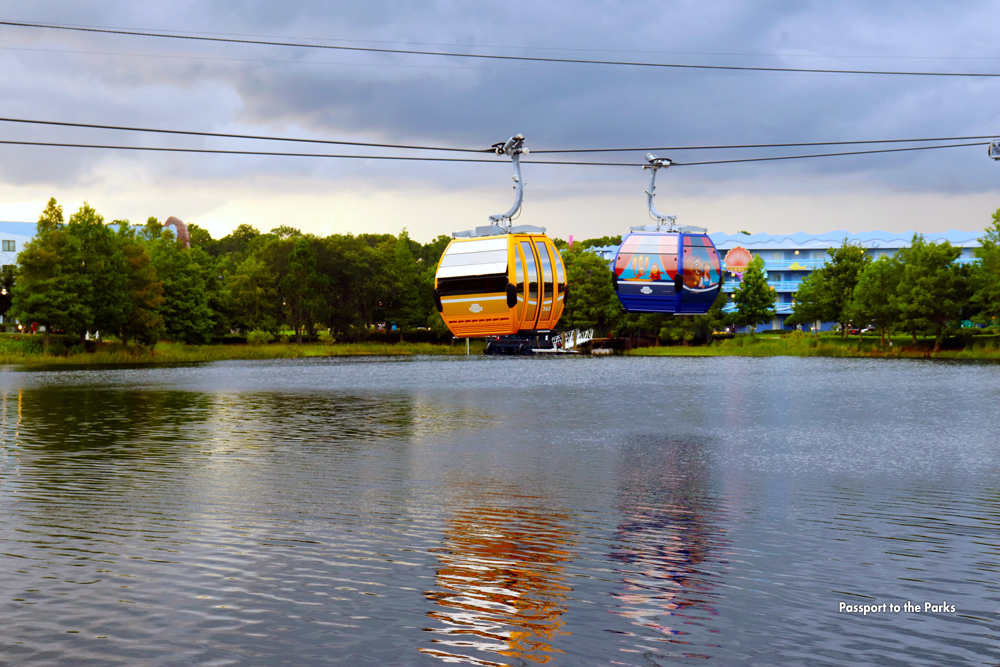 Be sure to follow PASSPORT TO THE PARKS for the best Disney Skyliner updates and information.