It’s amazing to see how far the construction process has come at Disney Coronado Springs Resort. Things have certainly changed since my last visit and I am thrilled to share all the exciting new details with you.  Check out all the changes below.

The gorgeous new 15-story luxury tower, called the Gran Destino is near completion.  The tower is scheduled for a July 9 opening, but rumors of a surprise July 4th opening are beginning to surface for obvious reason.  The fireworks views will be breathtaking. The tower will house over 500 rooms, including club level suites.  Reservations are now being accepted. 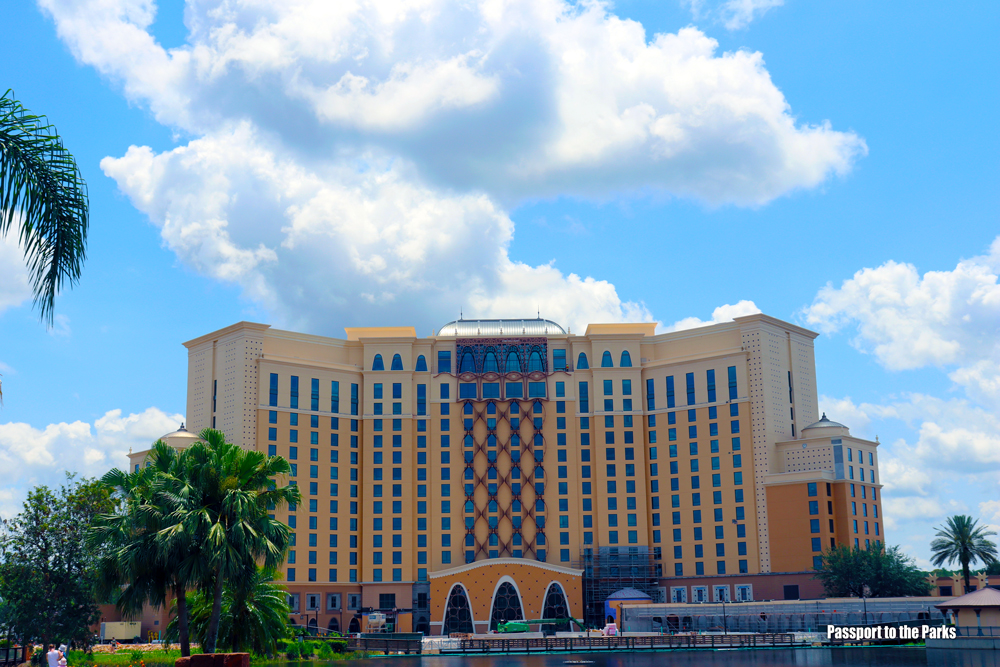 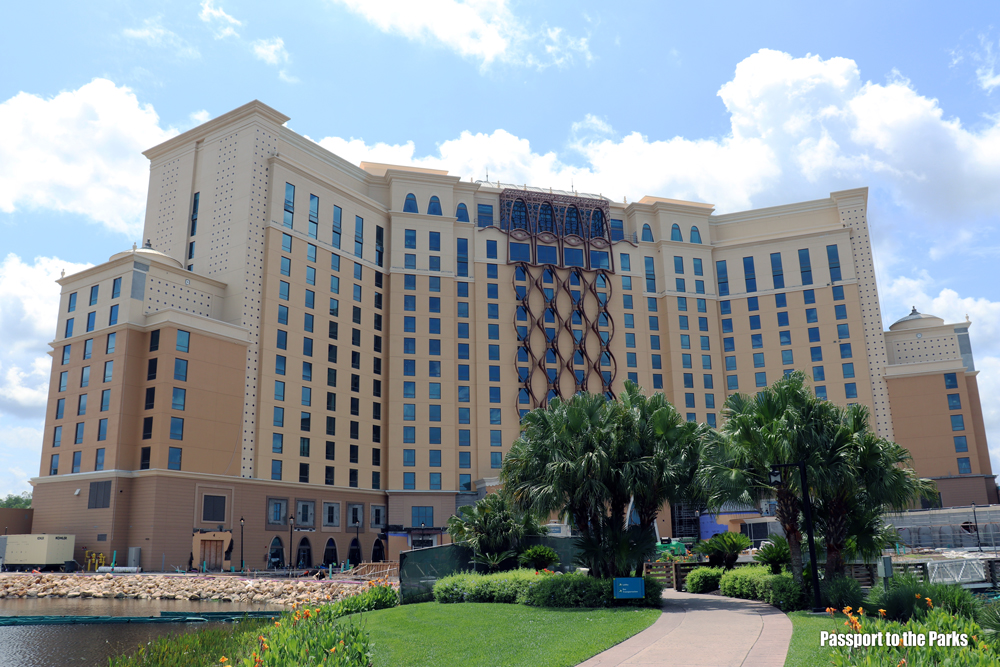 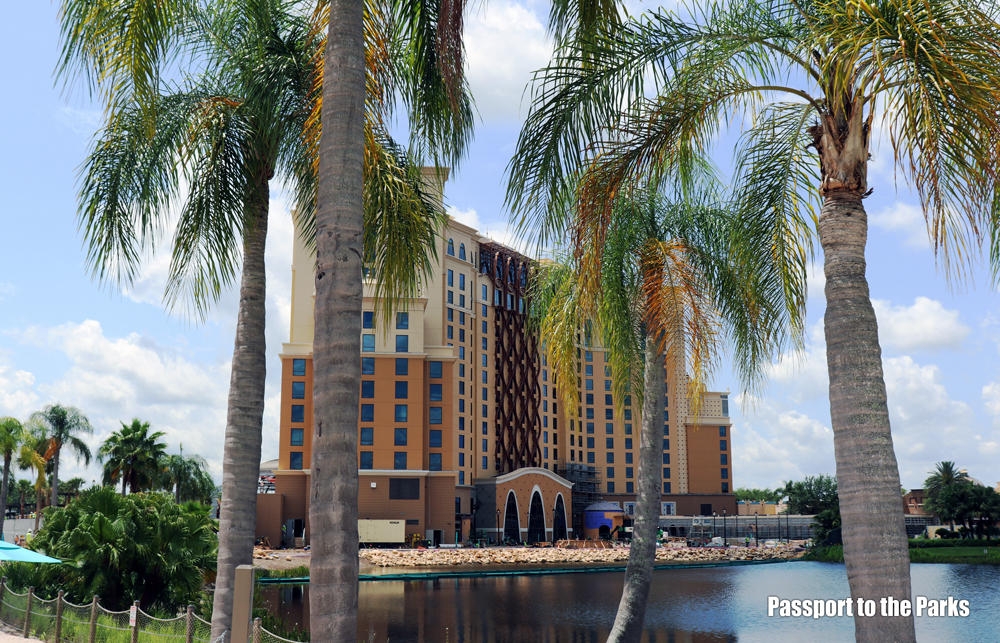 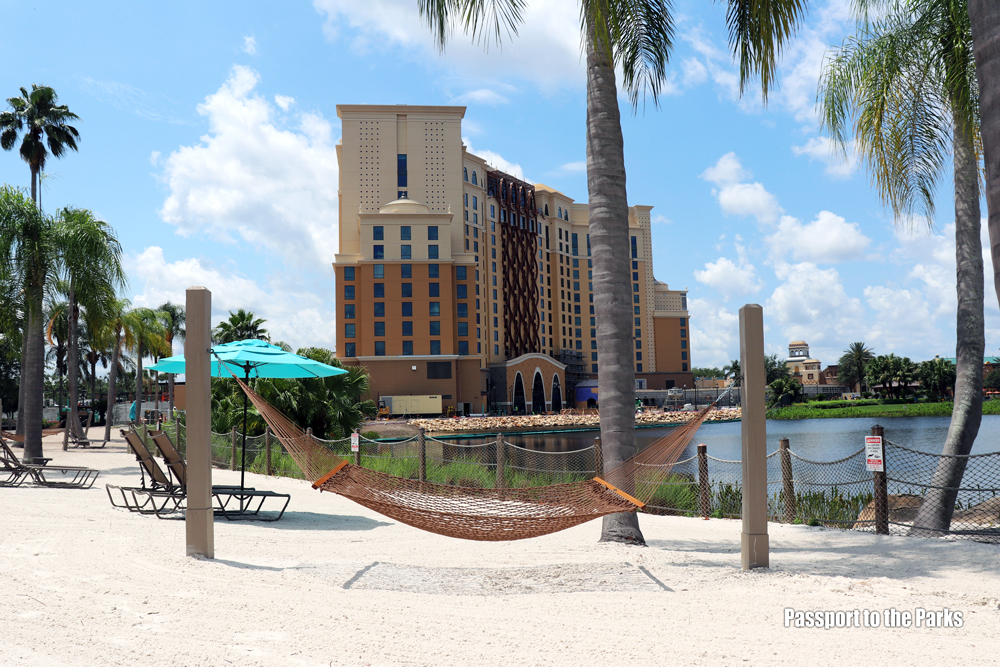 The much anticipated rooftop restaurant and lounge, called the Toledo – Tapas, Steak & Seafood, will provide amazing views of all four theme parks (fireworks).  For more information and to book reservations, visit the Walt Disney World Resort website or call 407 WDW-DINE (407 939-3463). 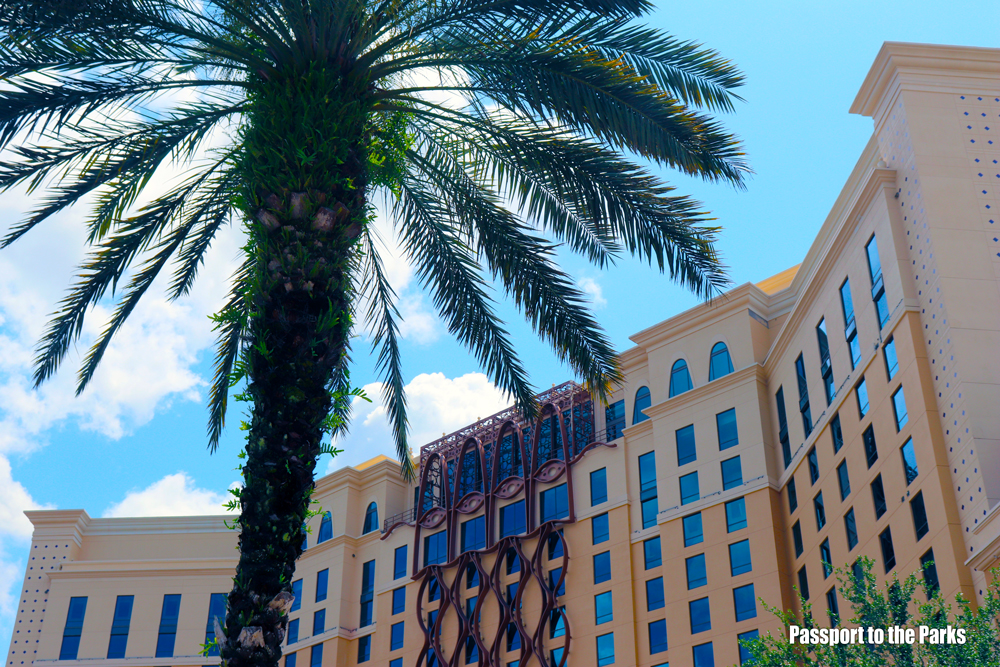 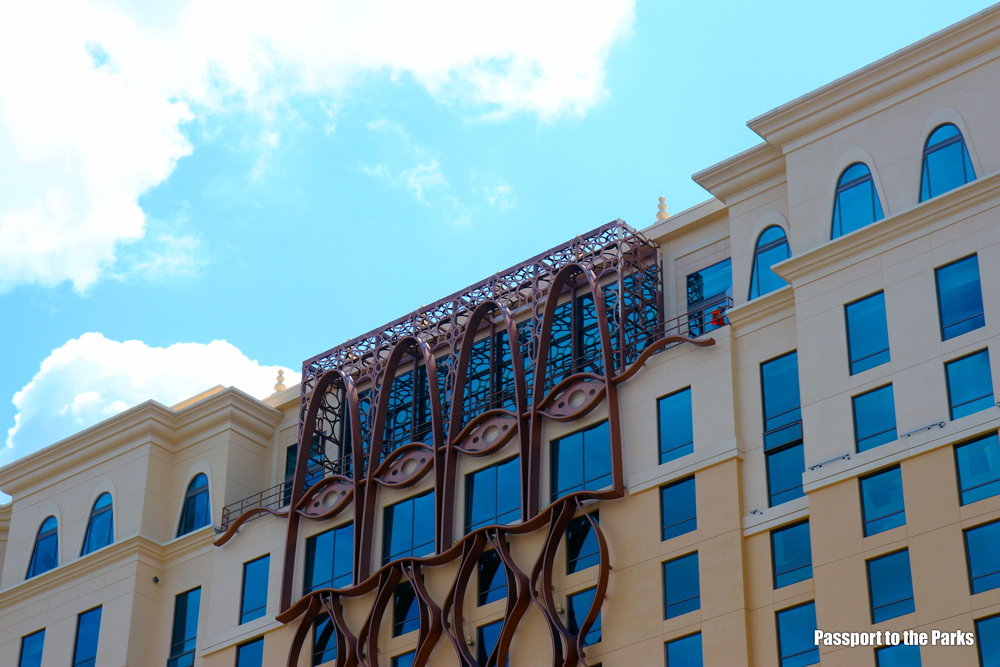 The amazing floating restaurant bar and grill (named Villa del Lago at Three Bridges) is almost done.  Sitting in the middle of Lago Dorado, the lake in the center of the resort, three new walkway bridges will connect the restaurant to the different resort areas (Cabanas, Ranchos and Casitas).  The restaurant is currently planned to open with the Gran Destino in July, but as construction wraps up there could be a potential earlier opening in June. 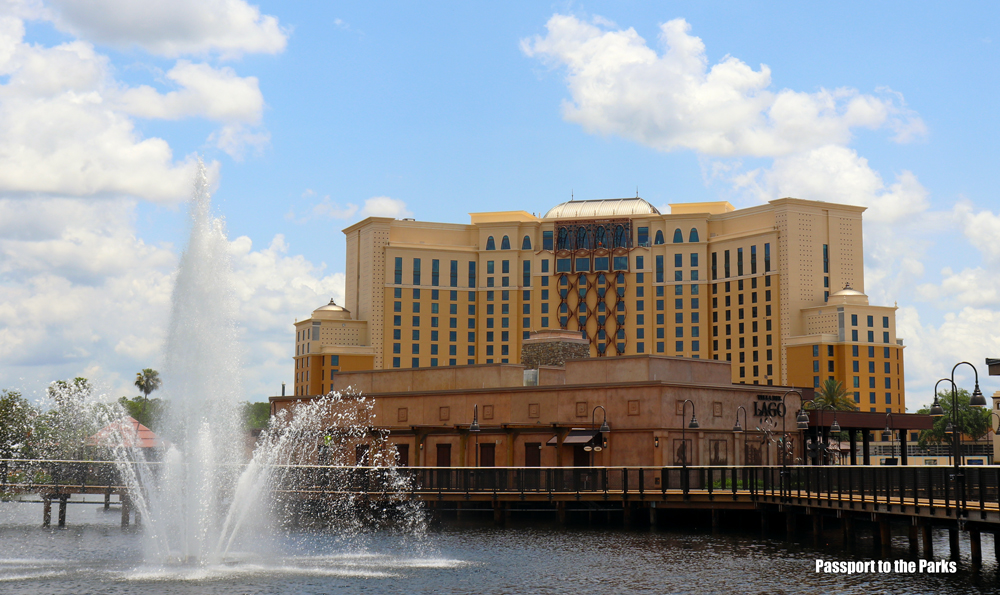 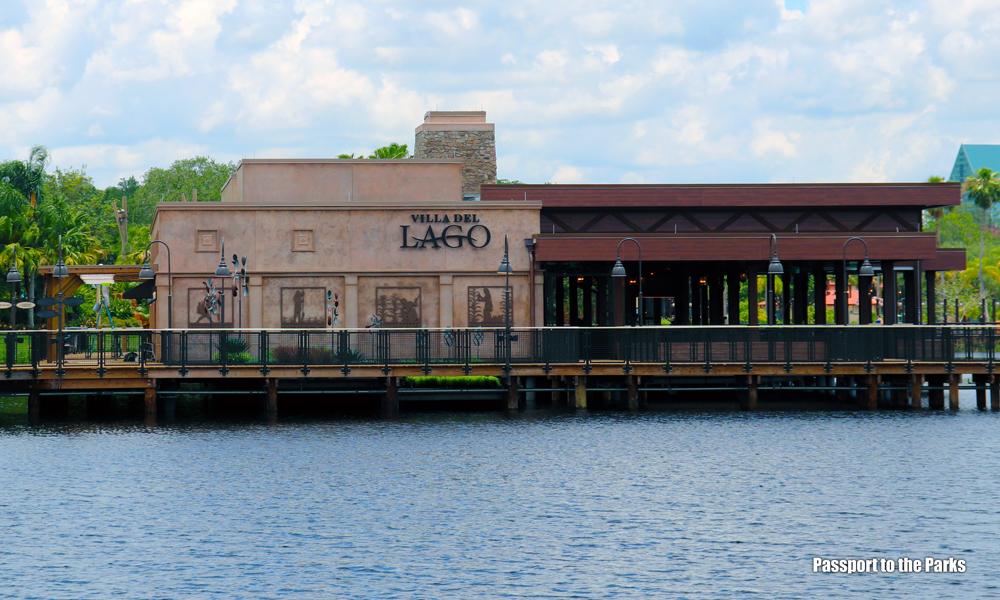 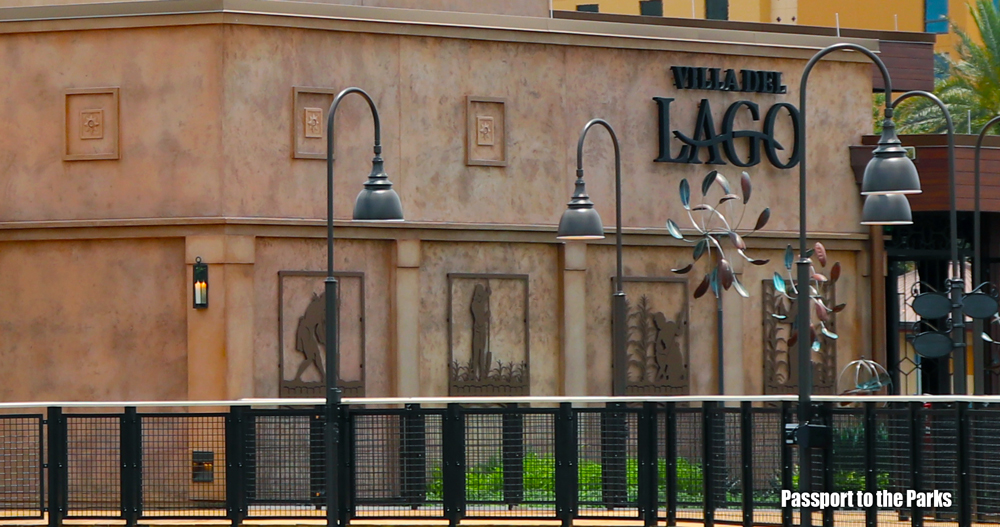 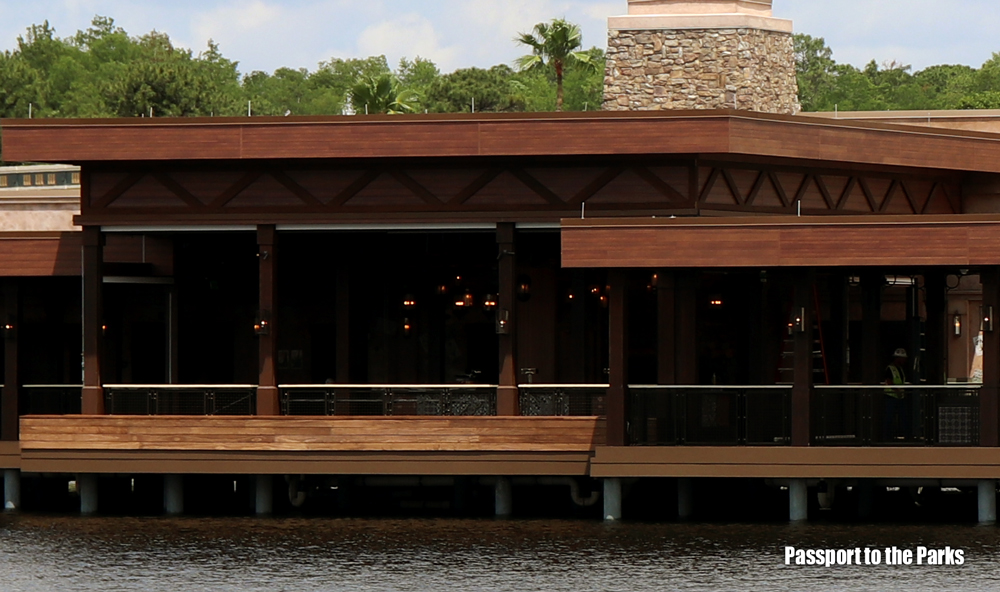 Last minute details are being completed on the exterior of the Gran Destino, including the courtyard and walkways that will connect the tower to the rest of the resort. 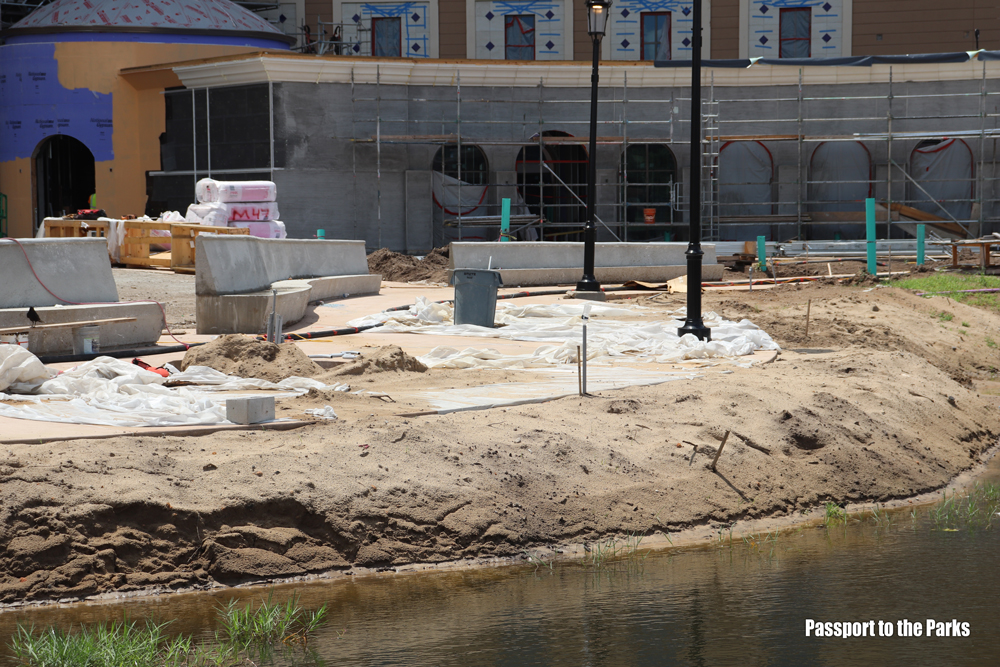 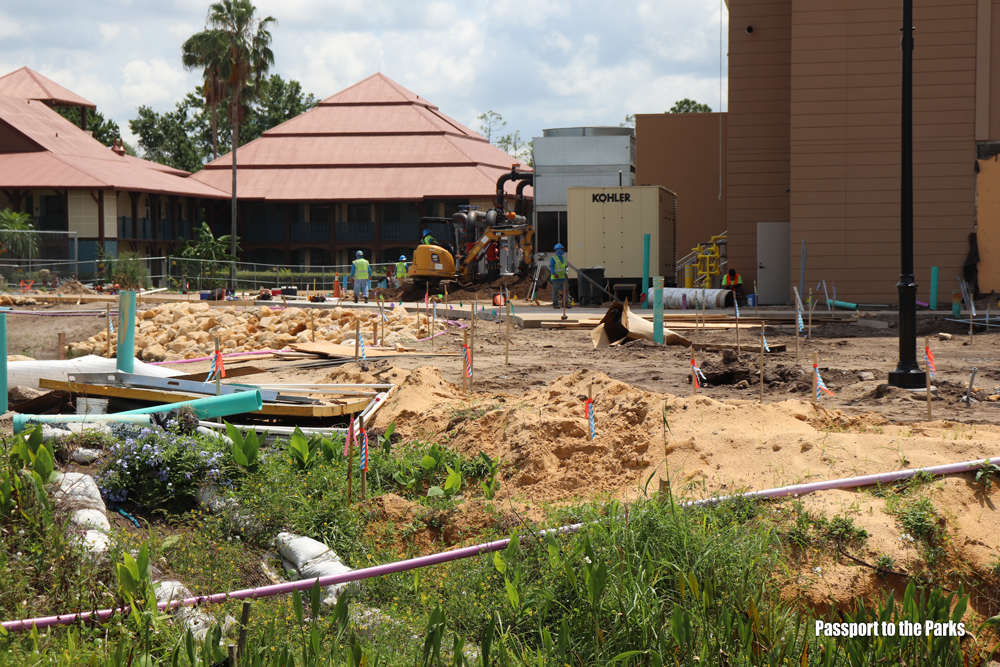 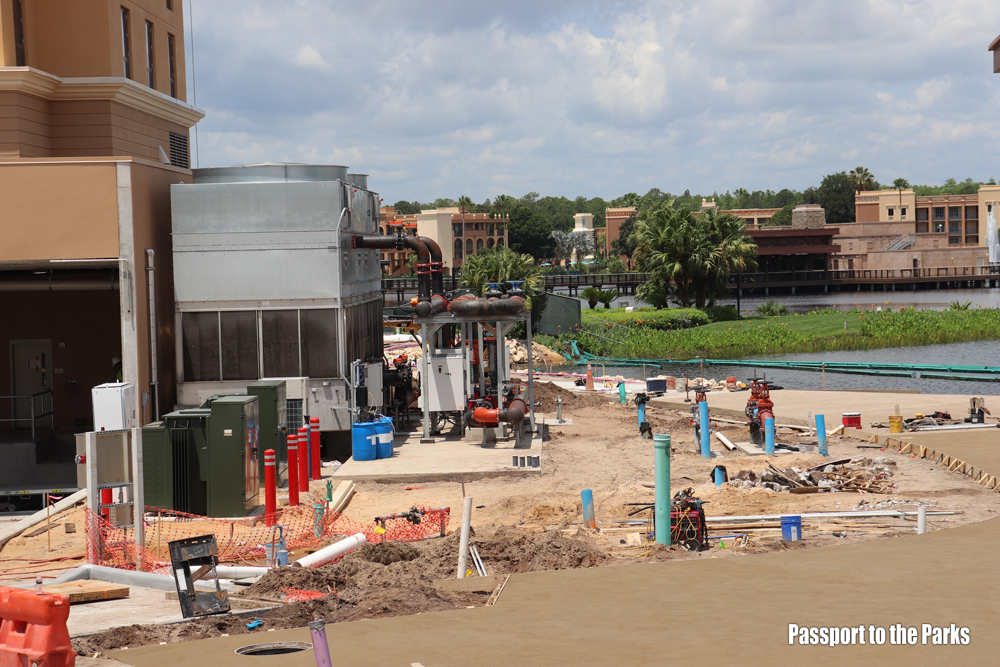 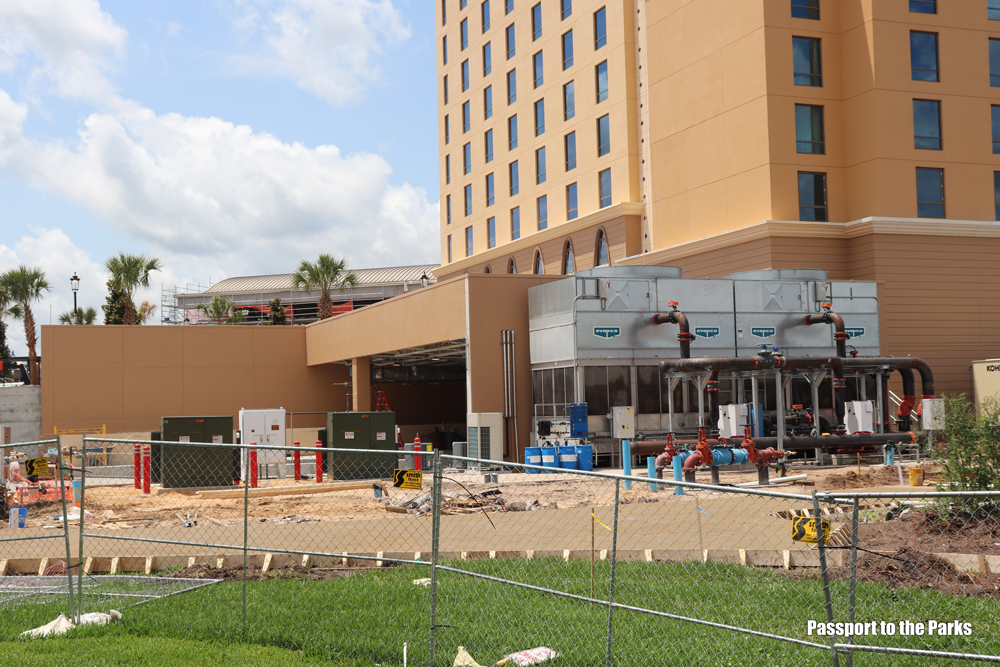 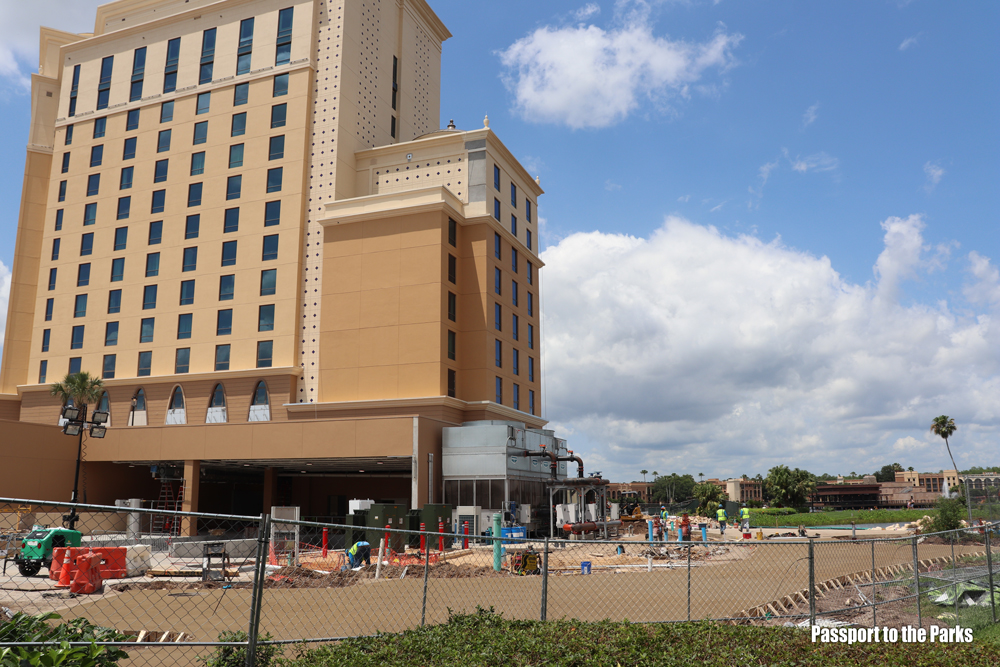 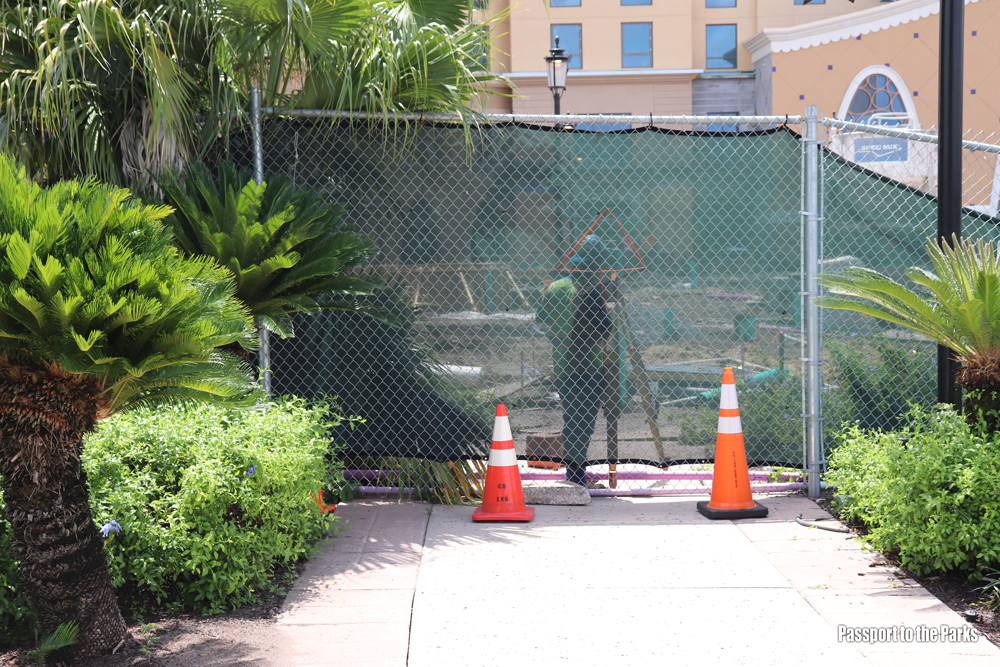 All the rooms on property have been completely renovated since last year, (click here for renovated room tour).  Also take a look at a Junior Suite – King. 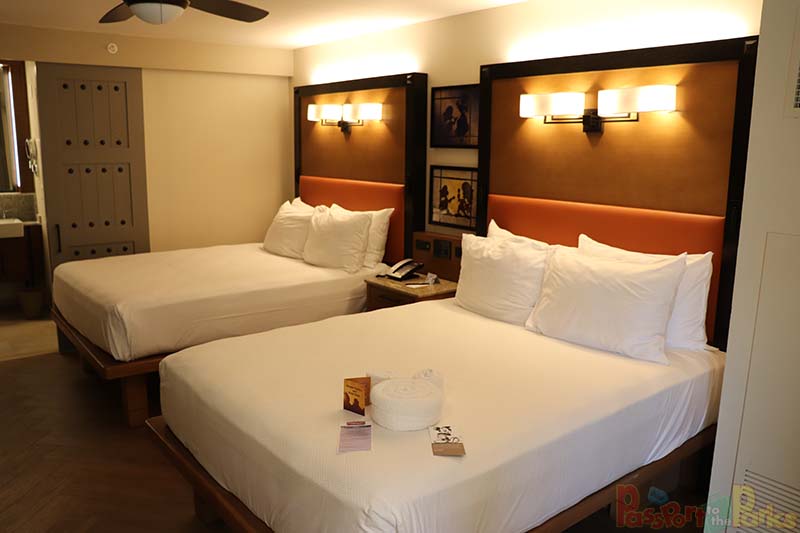 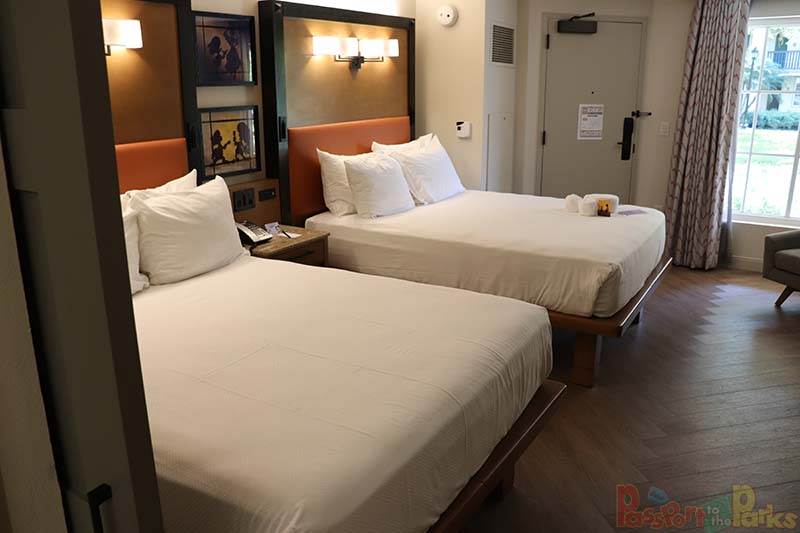 Pepper Market is now El Mercado de Coronado.  The interior has been updated to reflect the new Mexican theme. 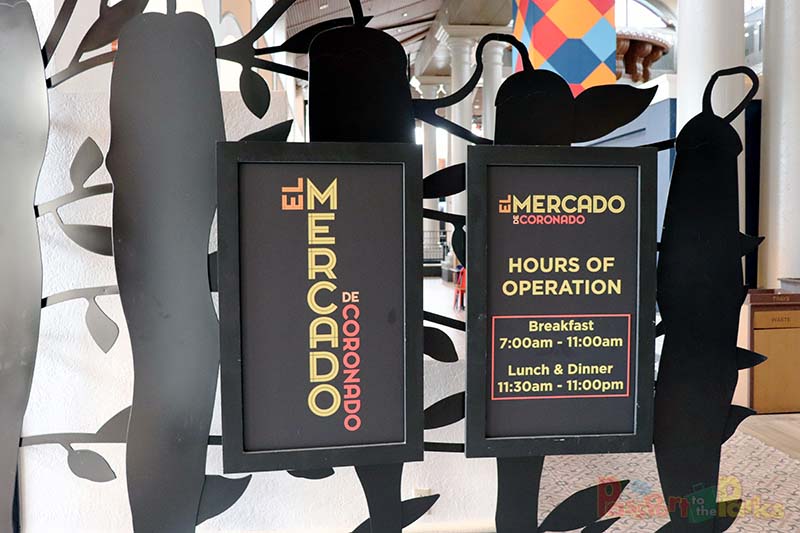 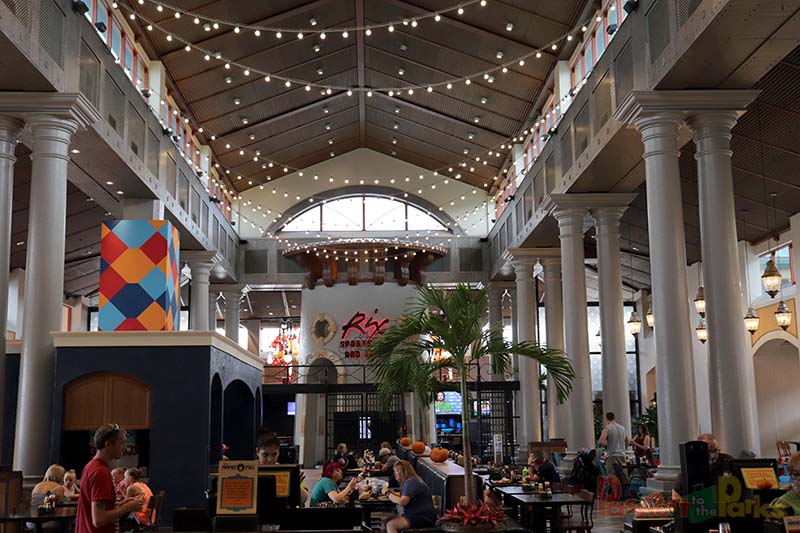 The overall theme of the resort has gradually been changing.  The color pallet has gone from the rusty orange southwestern United States decor, to a predominantly Spanish theme, based on the artwork of Salvador Dali.  We now see more earth tones (with beautiful blue and tan colors).

Cast Members will get a complete costume makeover that will be introduced in the coming months.  The brilliantly-colored costumes tie together the resort’s classic Spanish influences and imaginative Disney touches.

The Dig Site is open after a short refurbishment. 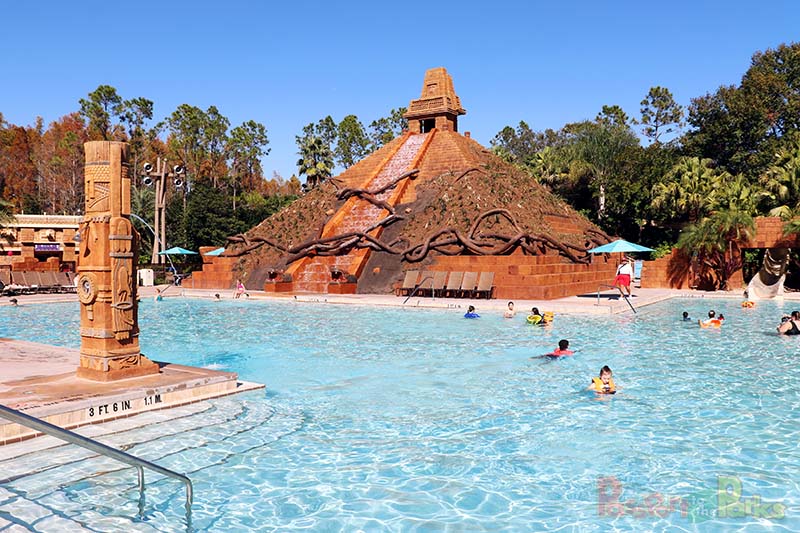 The current El Centro lobby will eventually be opened up and joined to the new tower lobby, providing covered access between the two buildings. 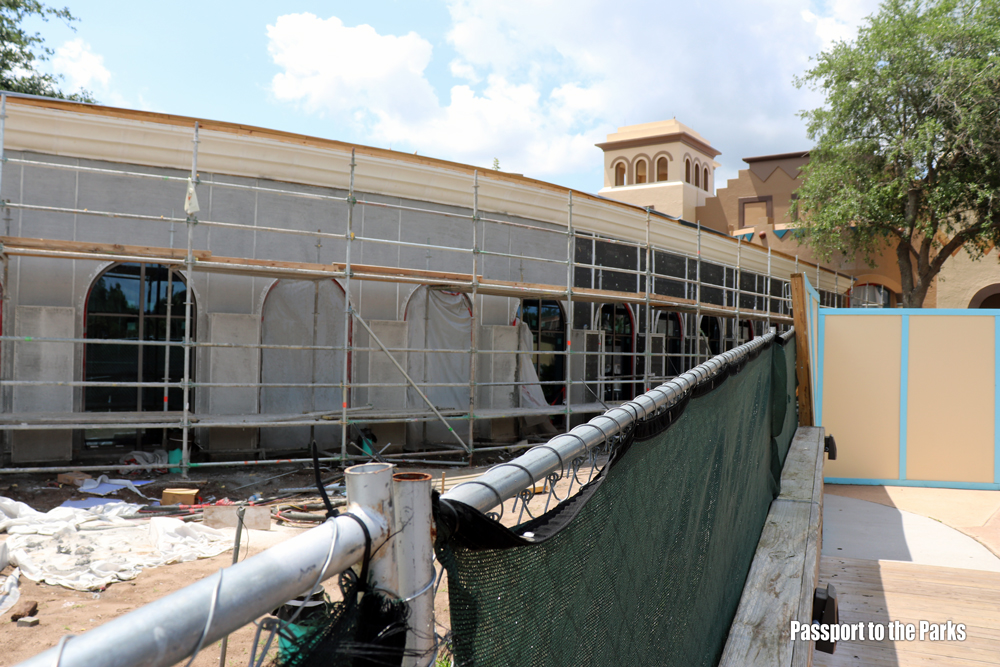 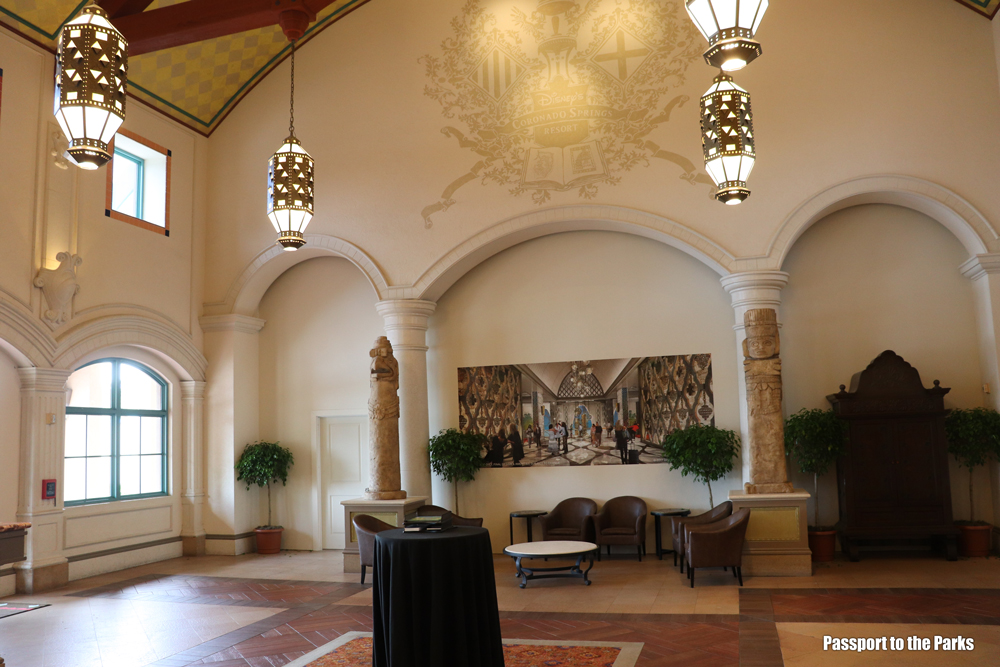 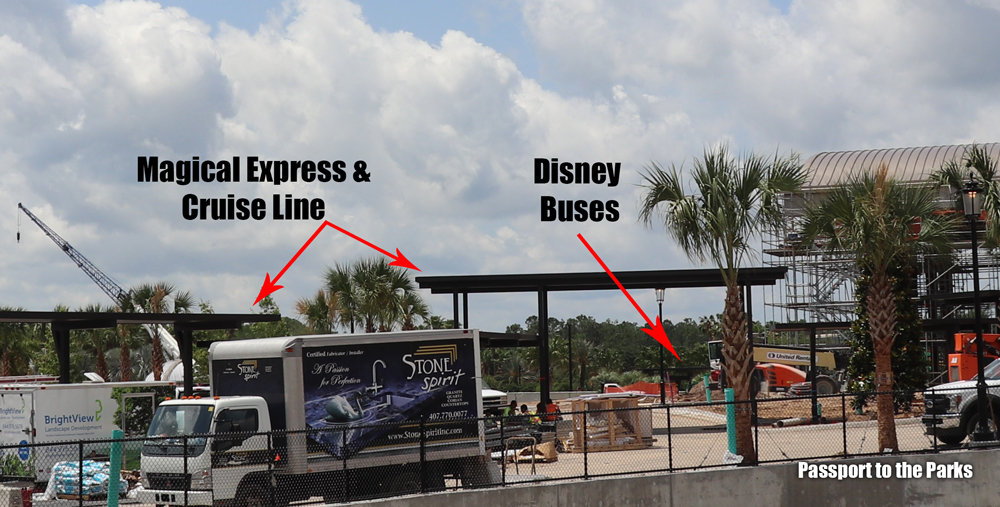 Panchito’s, the gift shop inside El Centro underwent a cosmetic renovation.  It has more of a modern Mexican market feel now.  The Panchito character is back inside. 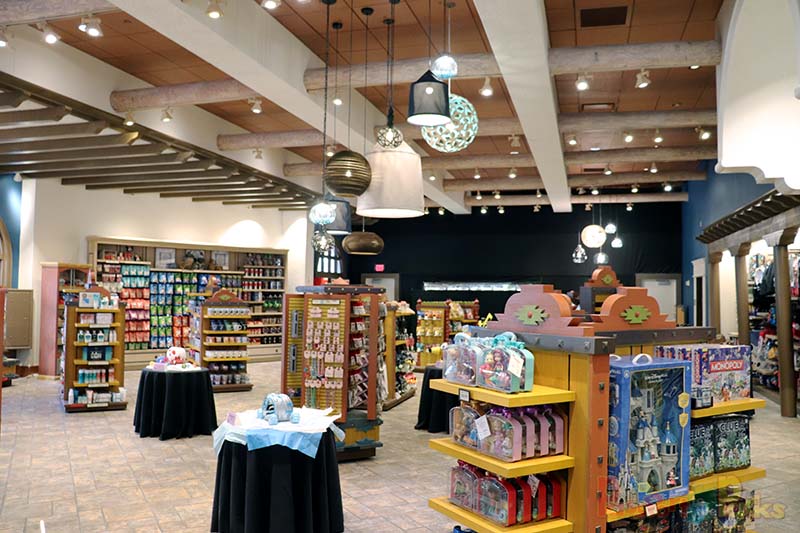 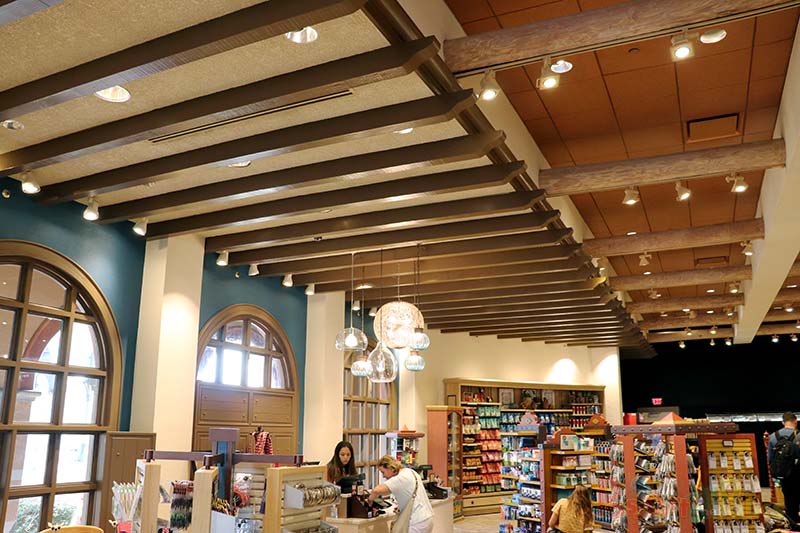 Coronado Springs will be focusing on new technology, especially in the lobby area.  There will no longer be a line queue or check in desk.  Cast Members will greet guests directly upon arrival and utilize a tablet for the check in process.  The current El Centro lobby will be maintained for large groups and convention goers.

I personally have been very excited during the entire construction process at Disney Coronado Springs.  Now in the final stages, it’s finally becoming that beautiful destination that we have all been anticipating.  Make sure to follow along at PASSPORT TO THE PARKS for future updates and fun.