Last night Hollywood Studios unveiled the brand new lighting for the Disney Skyliner station.  Now it is really starting to become one with the overall landscape and fits in perfectly with that retro early 20’s Hollywood atmosphere. 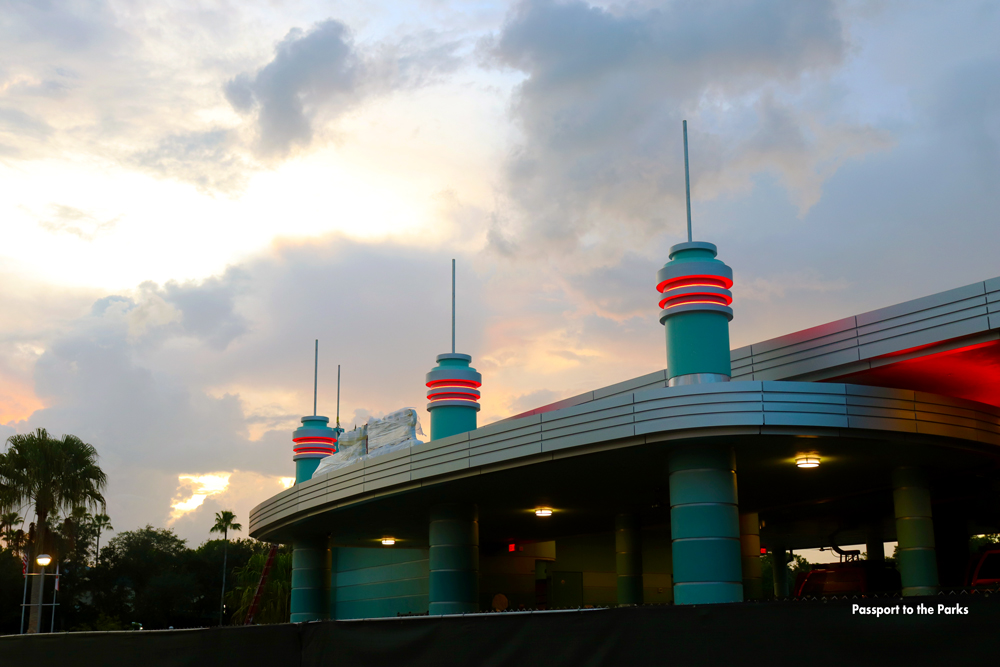 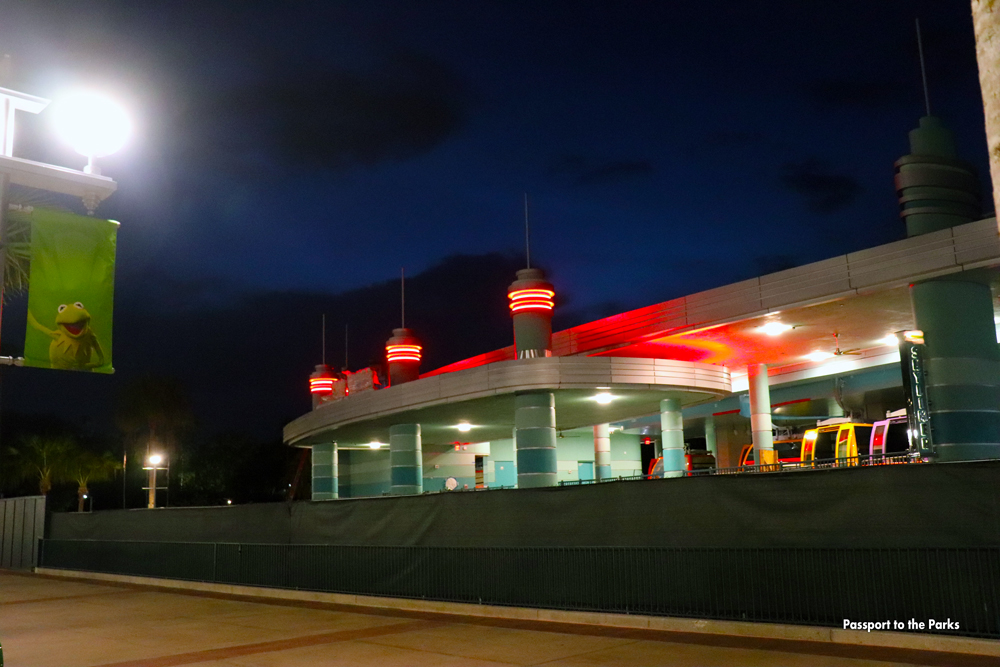 Bright red neon lights wrap around the top of the spires and glow brightly against the night sky. 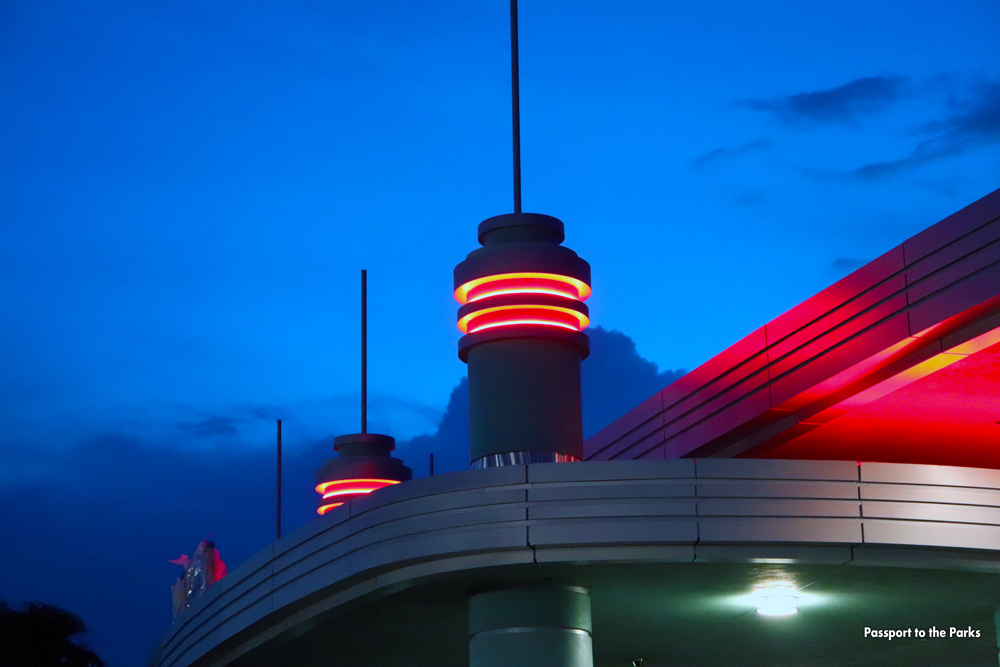 The red light reflects inside against the gondolas traveling through the loading dock.   We can see the white pedestrian walkway lighting as well.

Personally, I was thrilled to see the Disney Skyliner sign lit up for the first time.  The letters are back-lit.  It’s very subtle, but effective. 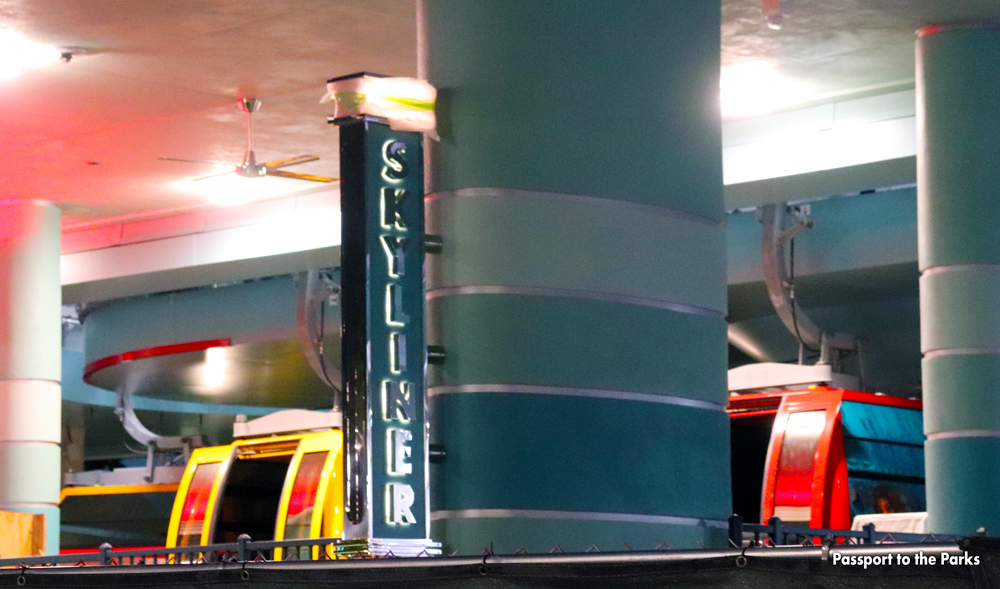 Disney officially says the Disney Skyliner will be open this fall, but looking at all the progress so far, we would hope to see soft openings prior to that.

Make sure to follow Passport to the Parks for the very best Disney Skyliner coverage and information.